Kerala, India faced the worst catastrophe in the last 75 years with over a million displaced and 373 lives lost. Heavy rains in Wayanad and Idukki caused severe landslides that left the hilly, fertile districts totally isolated. Around 8 Fairtrade certified producer organizations are located in these two districts which produces coffee, tea, pepper, ginger, fresh fruits, cocoa, and spices. The lands belonging to 18 of our producer organizations were waterlogged, destroying every standing crops and plantations. They lost every source of livelihood. The small schools that their children attended have also been washed away by the flood.

An Emergency Action Plan Meeting was organised by the Flood Relief Team at NAPP Central Office to plan active measures for timely mitigation. Our main focus was providing immediate relief to our farmers and workers who had been identified either in- interior relief camps with limited reach, or stranded in high range areas after migration. Others had been relocated to one of the 3274 relief camps supported by government and NGOs.

The entire team was on red alert and constantly in touch with the producers/farmers. Proactive measures were taken to identify routes/logistics for resource mobilisation. In this need of hour the entire Fairtrade family (Fairtrade International, NFOs, NAPP employees & producer organisations) came forward for immediate financial assistance and pledged to support in every way they could. As the rain-related casualties mounted steadily various relief materials (medical kits, blankets, towels, toiletries, raincoats, torches, clothing & food) were labelled and dispatched regularly from NAPP Central office and Kottayam, Kerala.

Our Chairman Bijumon Kurien with his committed leadership extended a strong support and took an active lead in the relief operations.

Currently 14000 Fairtrade farmers and 9000 plantation workers remain in crisis. Although the heavy rains that lashed the state for three days abated on Saturday, the destruction left behind is immeasurable. The Kerala Flood evidently has many lessons for us to take away from. Unforseen and probable natural calamities as such, also has given us all the more reason to make ‘Climate School’ a prime focus going forward.
The logo of the extensive climate adaption program was launched by CEO- Fairtrade International. The program includes DRRM (Disaster Risk Reduction and Management) which will map the heavy risk areas in Asia Pacific and support producers in adapting to climate change risk in the future. DRRM as a strategic program, has been implemented by many countries to keep their system in place, before such an event occurs. In ecologically sensitive and vulnerable areas, it can act as a reliable and powerful tool, to re-evalaute the potential risks . Only then can we circumvent such disasters in the future!

I extend my humble gratitude and appreciation to the entire Fairtrade family, for standing in solidarity with our farmers and workers through this tough time. The action of the entire Fairtrade team & govt. authorities including our brave social, emergency and on-ground rescue forces are testament to a collective heroism & compassion, that is stupendous and a proof of belief in one common -‘Religion of Humanity’. And this is what we shall continue to do!

We at NAPP acknowledge the terrible toll of the landslides, and will continue our operations to support our producers and workers in Kerala. It is also time we act as responsible citizens and do our best to recover and rebuild our environment.

Immediate emphasis be laid on building resilience and prioritising on long term measures such as adaptation of Climate School Program to make schools, hospitals & clinics in all disaster prone areas as disaster proof. With the faithful implementation of this action plan we can mitigate the effects of many natural disasters and save millions of lives & protect their livelihoods.

So let us rebuild our world together to sow the seeds of humanity. We shall rise like the phoenix from the ashes to teach the coming generation a valuable lesson; how to overcome adversity with hope and determination’’.

“Systematic efforts have been made from our team with the purpose of supporting producers who are facing the wrath of nature, we are also analysing on many long term measures.
In addition to the ongoing interim reliefs, we are strategising on rebuilding devasted Fairtrade producer communities.

A team from NAPP have visited all the affected regions in Kerala to assess the extent of damages caused. Following this visit we are preparing a plan in consultation with the producer organizations to understand their immediate and long term needs. The various measures for rebuilding and rehabilitation will be taken on the basis of the impact and the destruction created by flooding and landslides such as :-

After the evaluation further recoup and rehabilitation provisions will be made. We are thankful to have received contributions from many National Fairtrade organisations & Fairtrade International which will greatly assist in the aid’’. 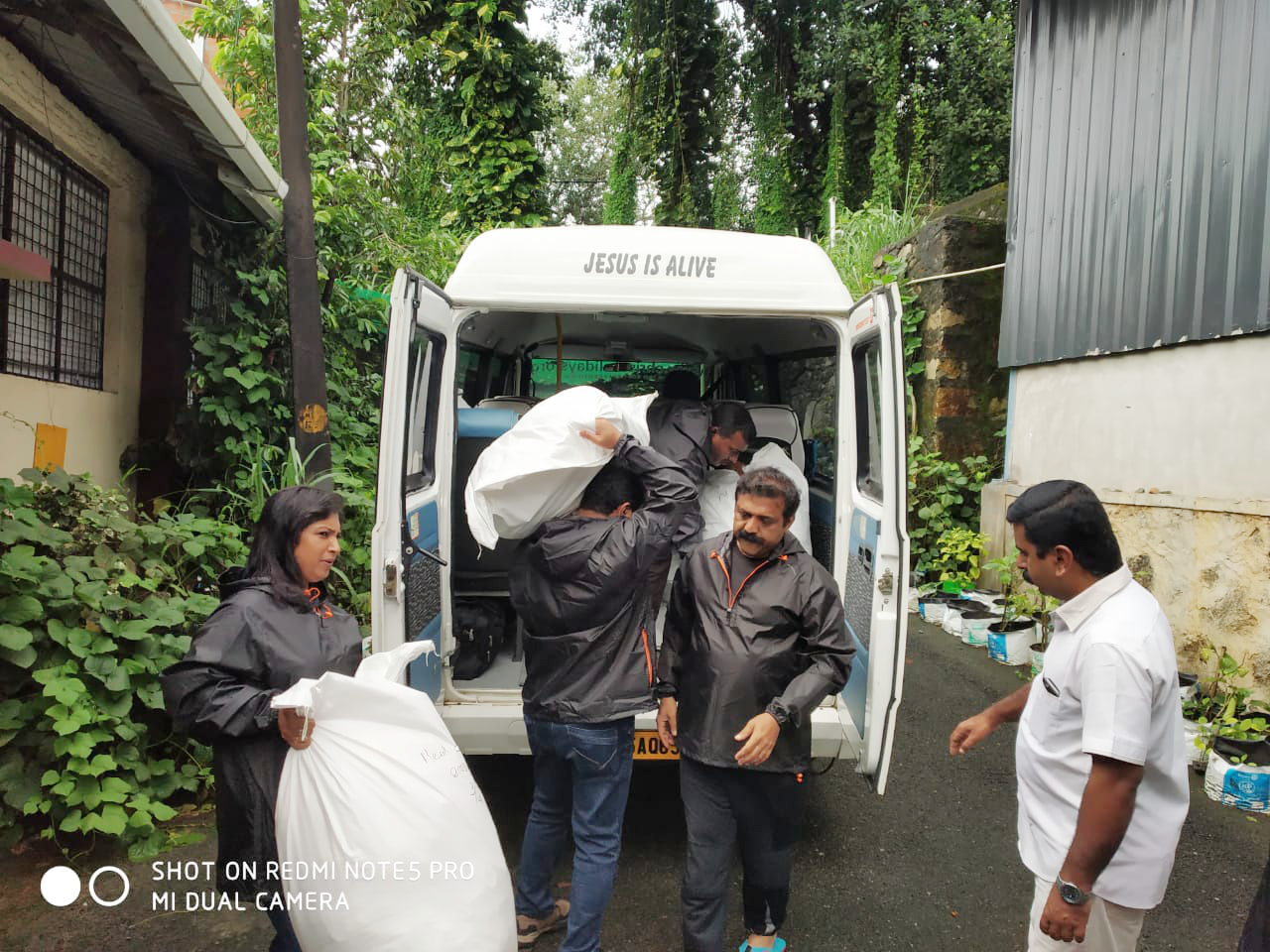 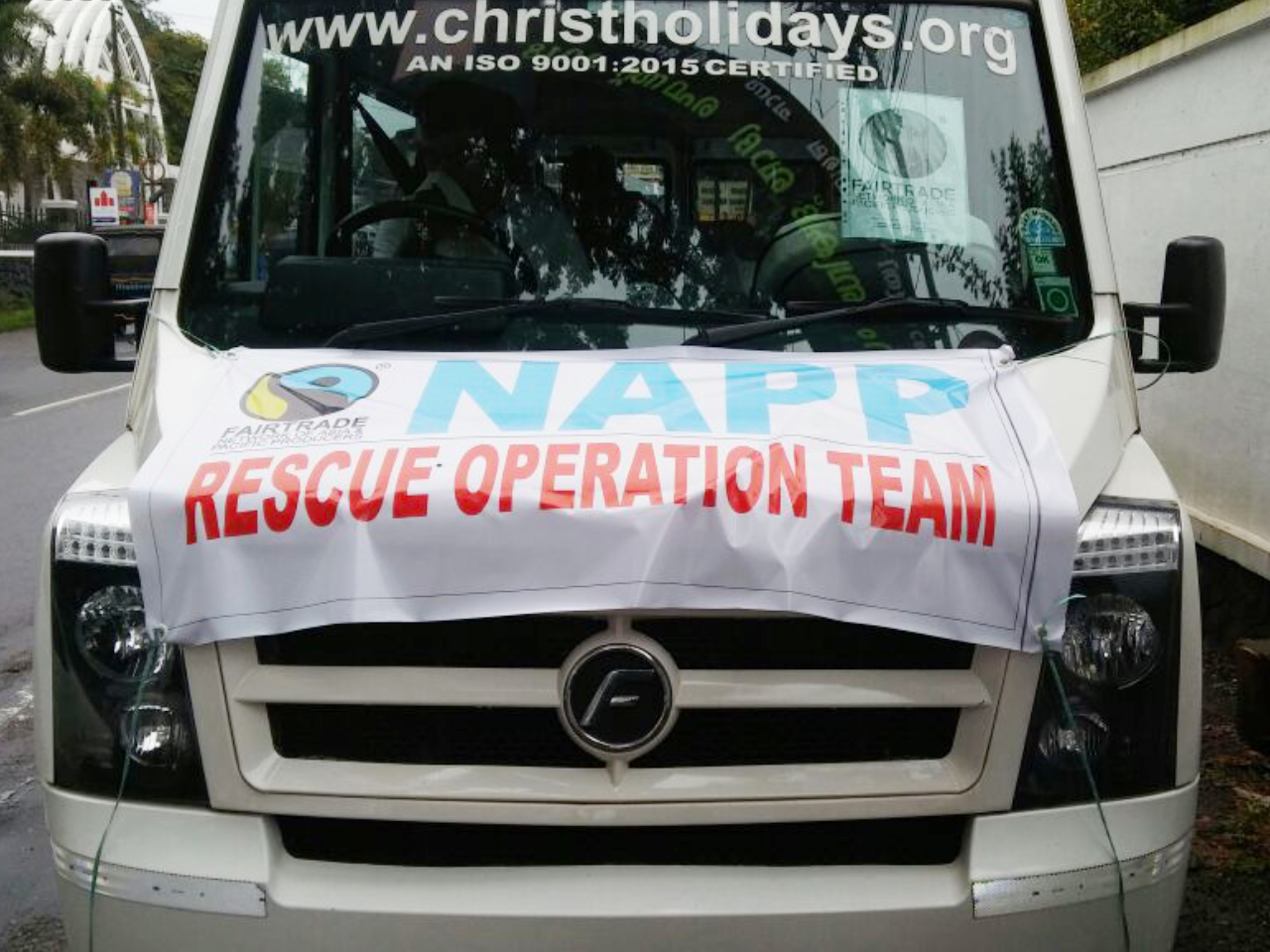 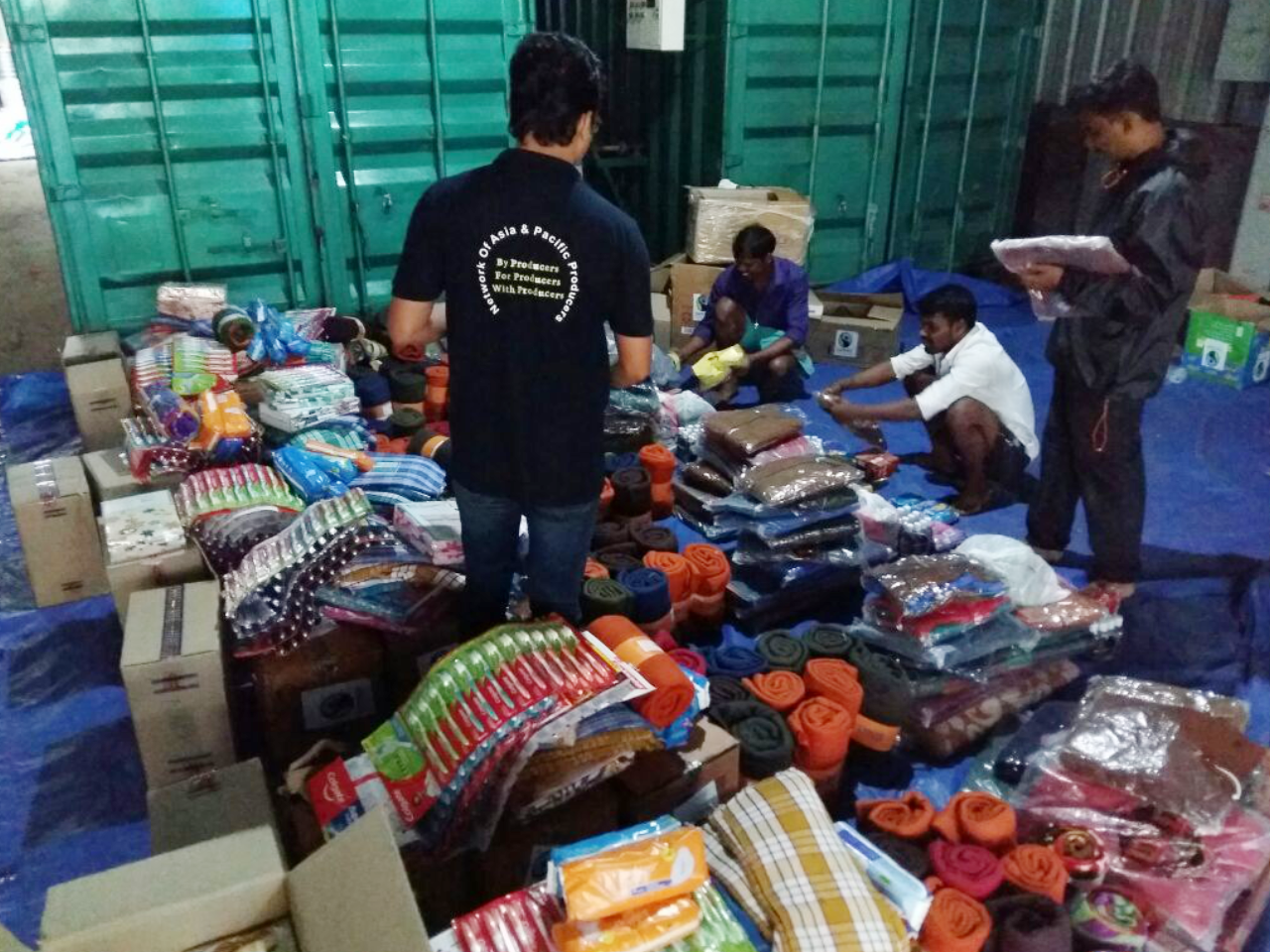 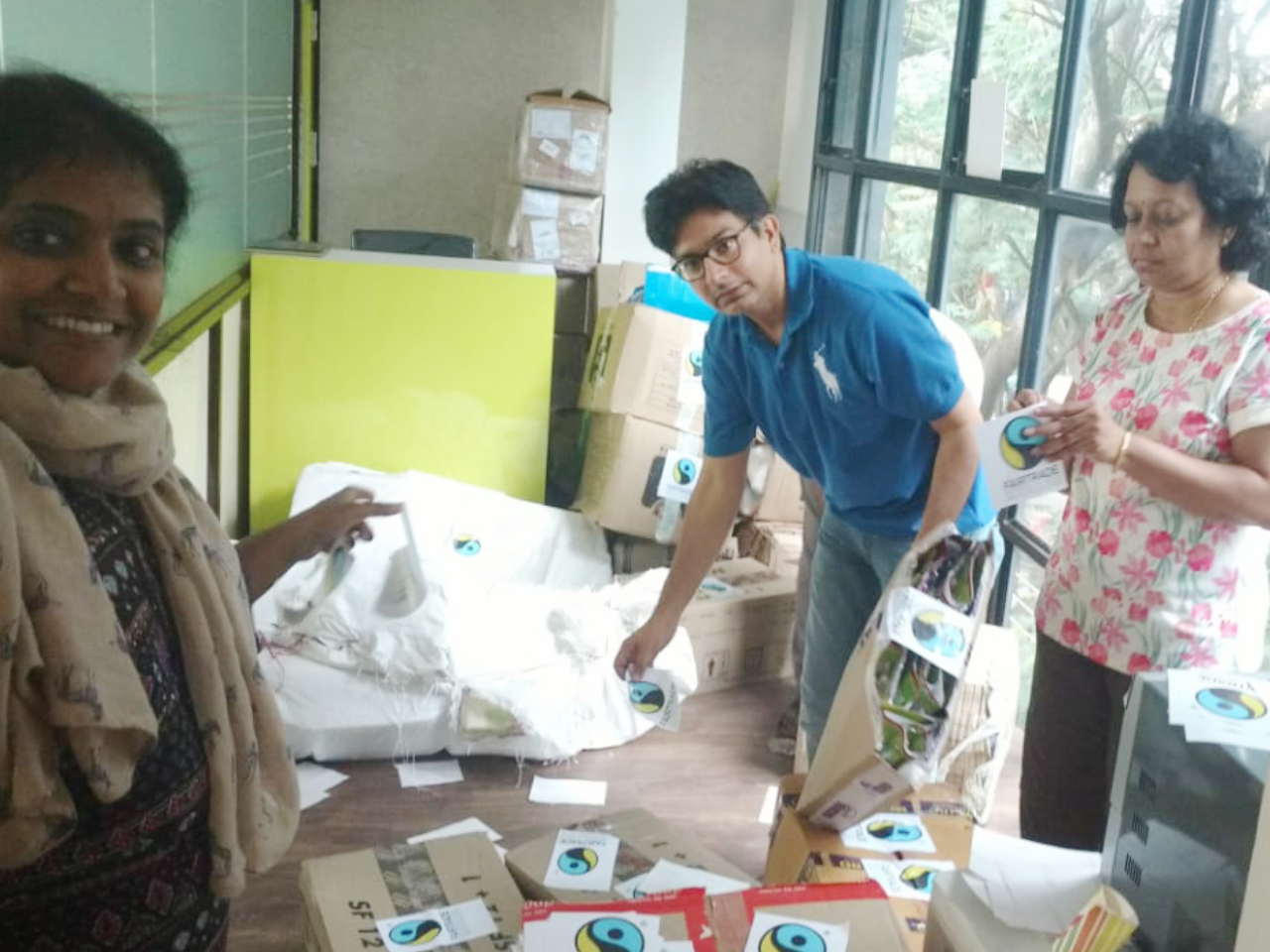 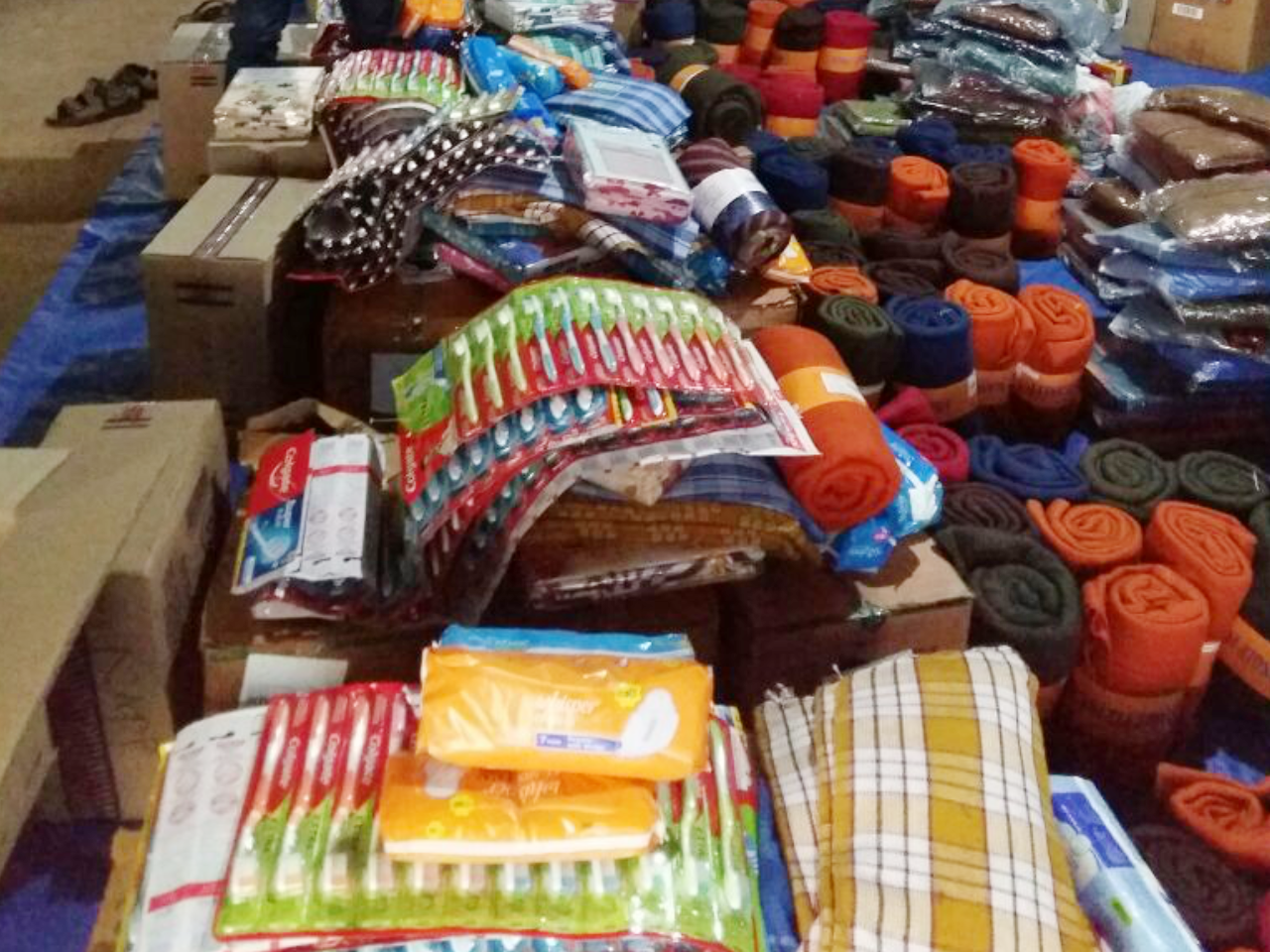 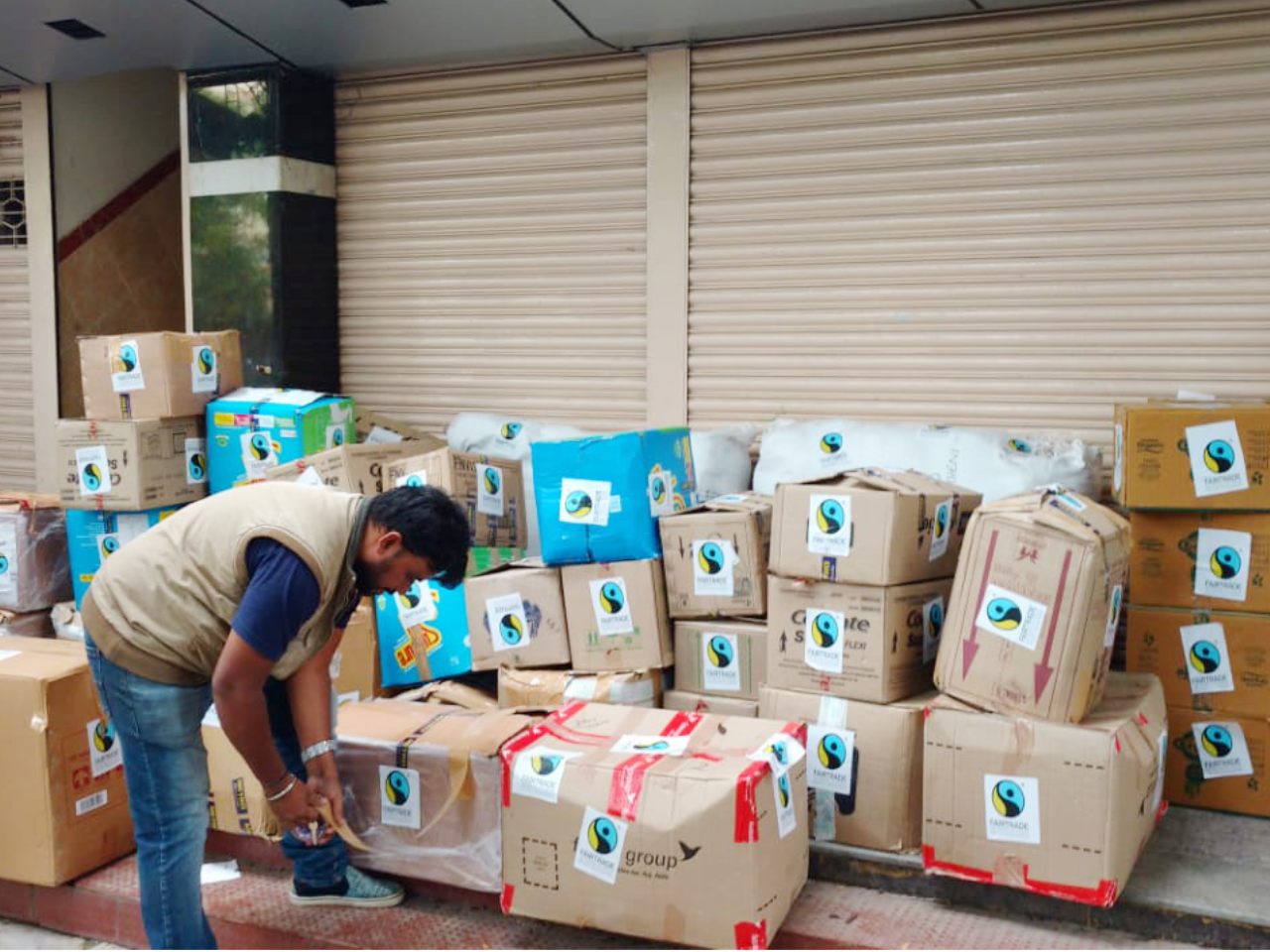 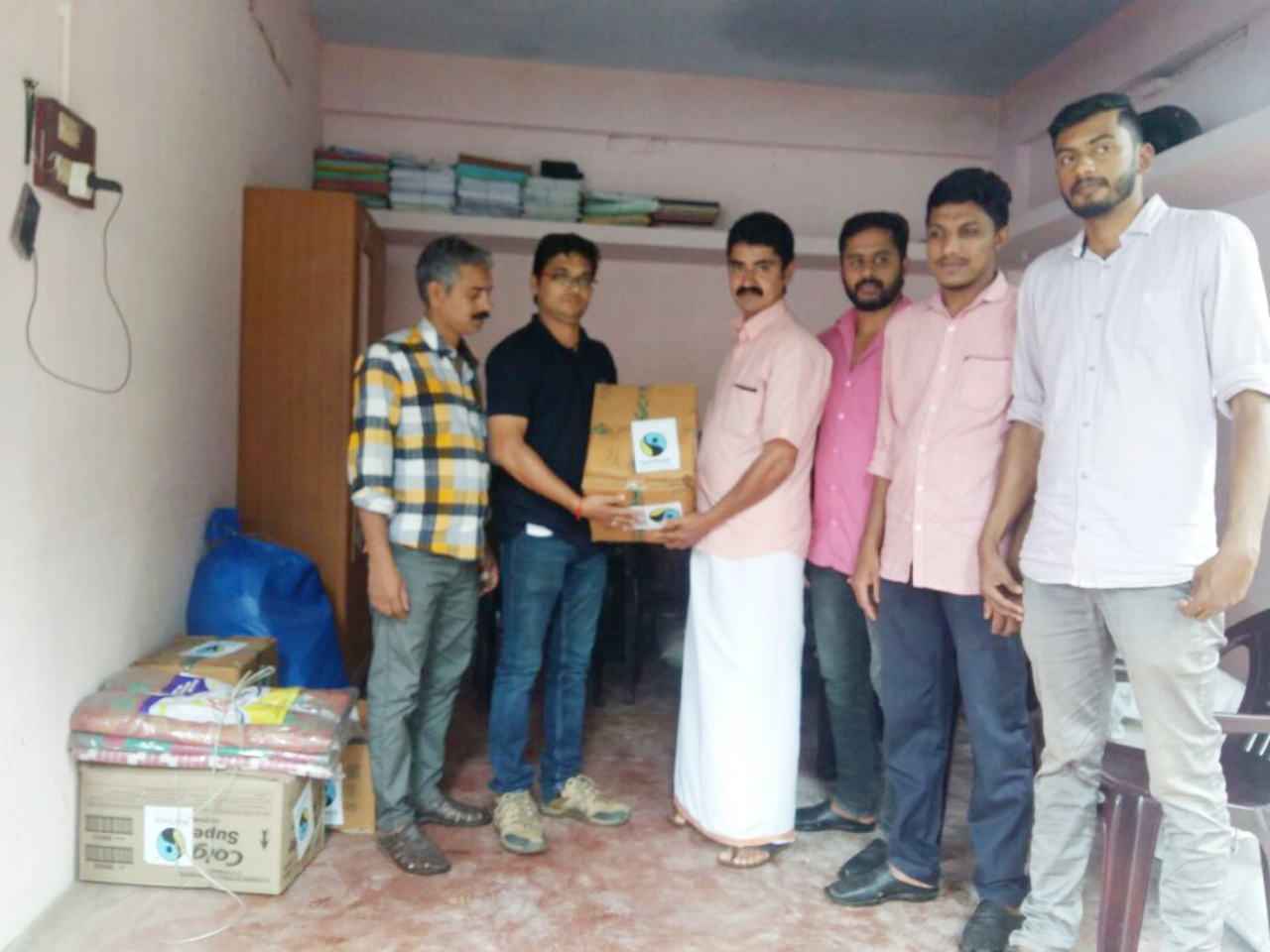 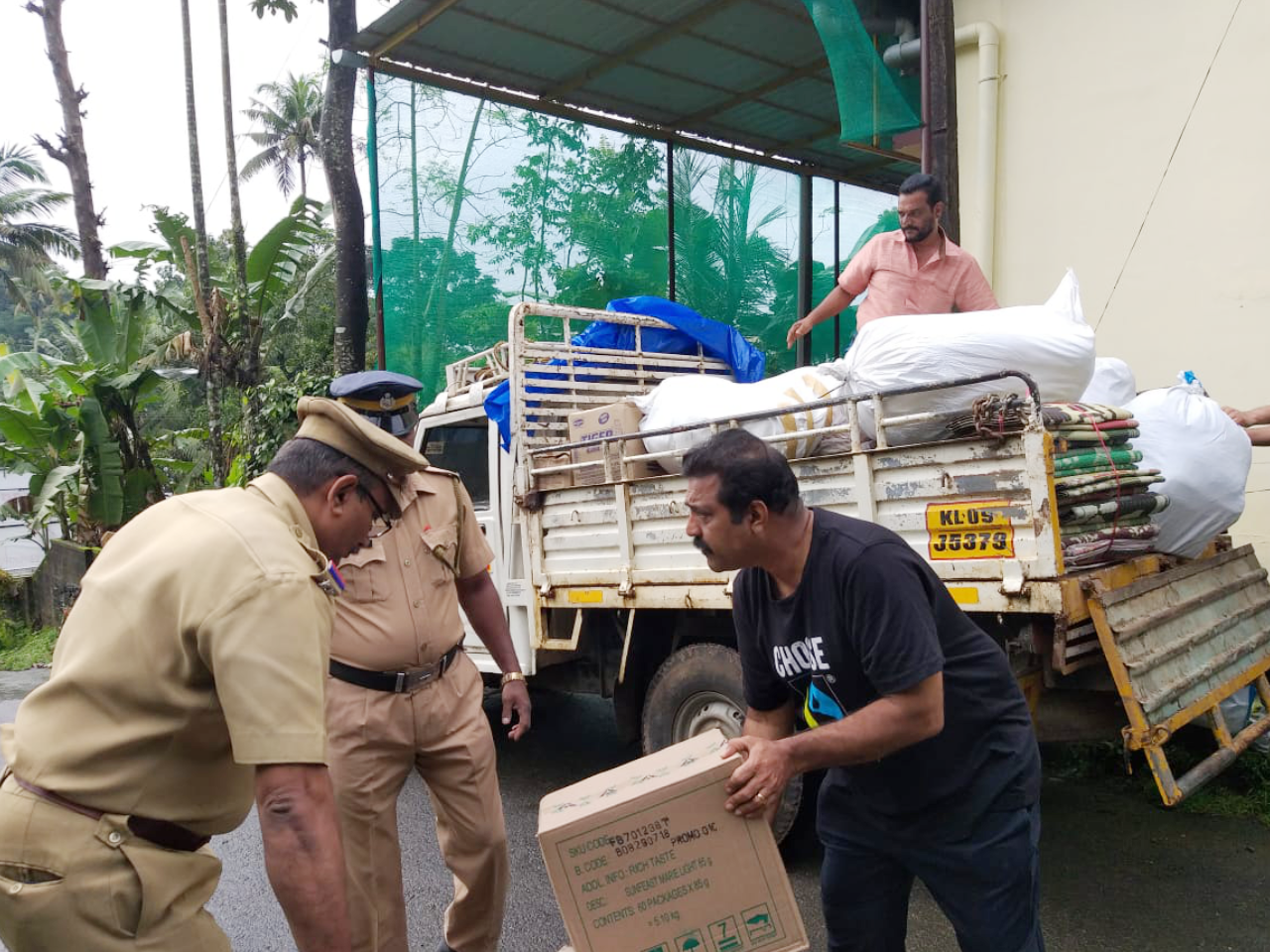 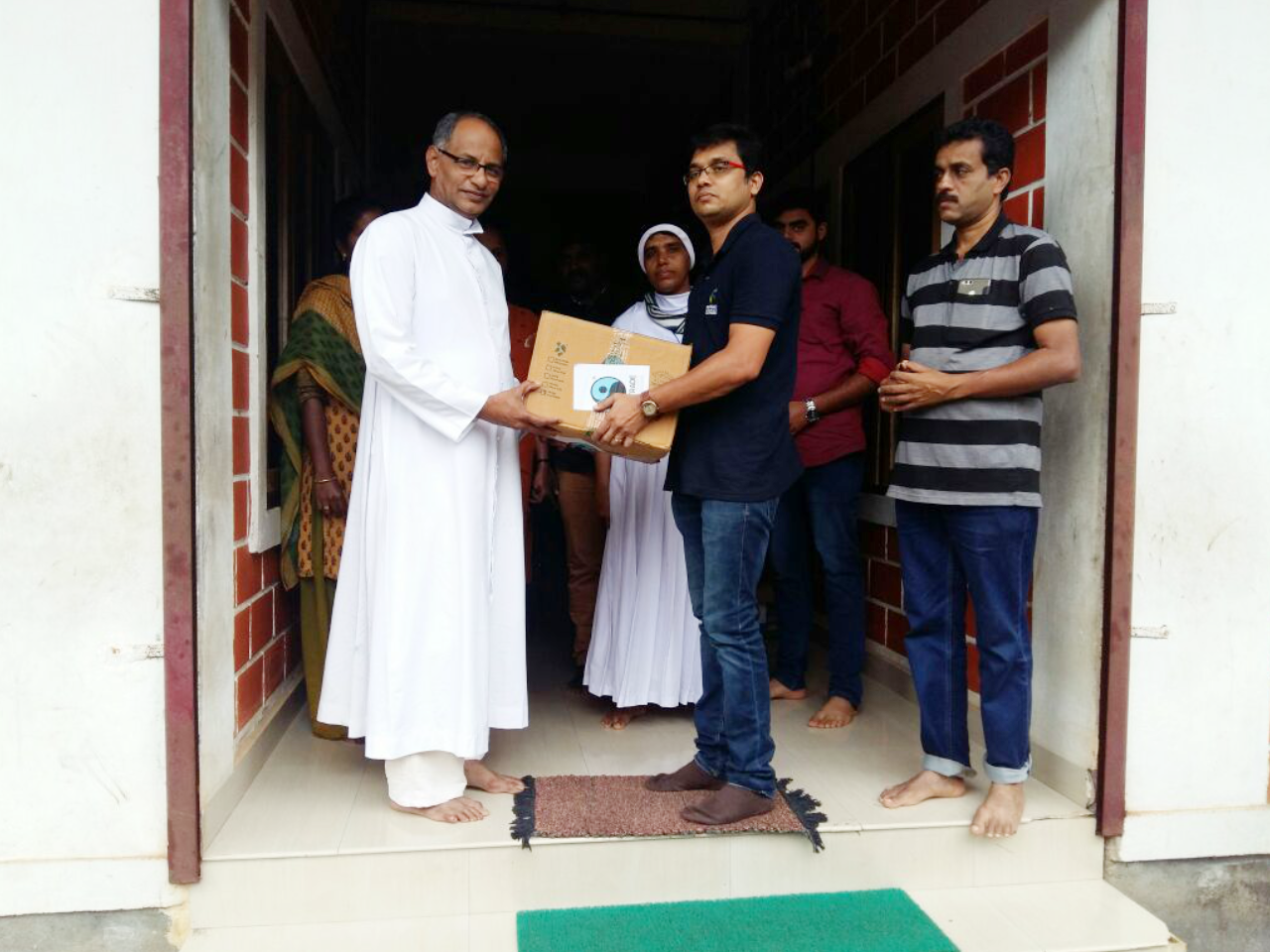