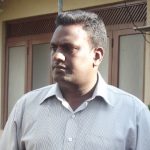 Arumugam Arutselvan works on strengthening producer networks in Sri Lanka. Arutselvan became part of the Fairtrade system when he became the secretary for a Fairtrade Premium Committee of the Adisham Socio-Economic Development Organization part of the Watawala Plantations. After which, he became a Fairtrade Officer and gained knowledge in Hired Labour – Multi certification setup.

He has also been part of the Fairtrade Producer Association of Sri Lanka as the coordinator for national networks.Arutselvan has experience of working with tea plantations for over 17 years, including Lankem Plantations, Sunshine Holdings and Richard Peiris Group. As a Quality Assurance Officer, Arutselvan has sound organizational knowledge and interpersonal skills. He’s also trained in ISO 22000 (FSMS) & HACCP, ISO 9001 (QMS), SLSI/SLTB Tea Product certification, Ethical Tea Partnership and Rain Forest Alliance. 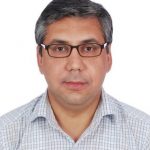 Aziz Rasulov is working to support smallholder farmers and workers in the Central Asia region. Aziz has worked in various management positions for development projects in agriculture and water management in Central Asia. He has over a decade of experience working with UNDP, ICARDA, IWMI, GIZ and other organisations.

Aziz has studied agriculture and economics of water resources at the Faculty of Economics and Management of Water Resources, Tashkent Institute of Irrigation and Melioration. An engineer-economist, Aziz did an international master program at the EU University and has an MBA from the University of Hamburg. Aziz was part of the research program for PhD students at Tashkent Institute of Irrigation and Melioration, Uzbekistan and was part of a six-months research programme at the Colorado State University, Department of Agriculture and Resource Economics, in Fort Collins, CO. USA. 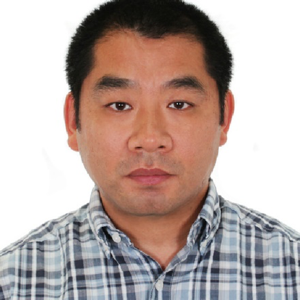 As Senior Associate, Jun Zhao provides supports and assistance to producer groups, including information transfer and liaison, capacity building, and delivery of other services. He also engages stakeholders to promote NAPP in China.

Jun has been working in rural and agricultural development for over two decades with a focus on farmer co-operatives, value chain, food safety and poverty reduction areas. Prior to joining NAPP, Jun worked for six years with the World Bank China as a rural development specialist, where he was responsible for a range of rural and agricultural development projects, including food safety, environment management, poverty reduction, and policy studies. Before this, Jun worked for 12 years with the Ministry of Agriculture, China as a project officer. 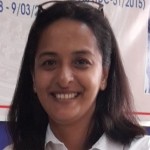 Meenakshi Gairola has joined NAPP as Partnerships Lead to foster strong and viable partnerships by capitalizing on the collective power of producers across Asia and Pacific region.

Meenakshi has over 13 years of experience in various roles in corporate and development sector. She started her career with the Tata group as a Supply chain consultant. After a decade in the IT industry she moved to the development sector to manage outreach for a Bangalore based NGO, Unnati – SGBS Trust. She had the opportunity to work with underprivileged youth, understand their psyche and effectively reach out. She was very successful in raising funds for the NGO and establish partnerships with Government agencies and private sector.

Meenakshi moved to the Philippines, where she worked as a Researcher for Asian Institute of Management, Manila. There she worked on a DFAT project to propose policy that could guide foreign investment in the Mining sector in the ASEAN region. She worked closely with the Board of Investments, Philippines and 10 major international mining companies. She moved back to Bangalore and before joining NAPP, worked on a short project for Social Venture Partners India.

Meenakshi holds an MBA from S. P. Jain, Mumbai and a Master’s degree in Technology from BITS, Pilani, India, both premier league institutes in India. 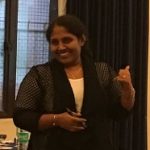 M.V. Iresha works with the Small Producer Organizations in Sri Lanka, Support them to get FLO certification and stay certified. Prior to joining NAPP, Iresha worked with Fairtrade International for one year, as the Liaison Officer for Sri Lanka. Before this, Iresha spent over seven years as the Manager Compliance and Standards the for McCallum Group of Companies in Sri Lanka, as the Overall in charge of the International standards for exports and certifications.

She also worked as the Fairtrade Officer for McCallum Nurseries Private Limited, which is a Fairtrade certified cut foliage and ornamental plants exporter. As a selected Fairtrade Officer, Iresha was part of the Internal Audit Panel, formed by Fairtrade NAPP Sri Lanka to help producers in the country comply with relevant standards.

Prior to these, she has been active in several research studies and projects. Iresha is an Applied Science Graduate (Natural Resources Management) from the Sabaragamuwa University of Sri Lanka and has a Masters in Environmental Science from University of Colombo with Environmental Law and Standards, EIA, Risk Assessment, Economics and Demography. 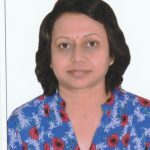 Nalini Sampat is in charge of producer support activities in Karnataka. She has worked as a NGO professional for over a decade on project planning and implementation including assessing project viability, sustainability, resource mobilisation, advocacy, documentation and research.

Nalini has worked with a multinational certification body and worked as a compliance auditor including brand protection. During this period, Nalini gained experience in systems in manufacturing facilities in the garment, food, ancillary units of Ford, bottling plants, shoe and leather industries. She has independently set up systems in various facilities such as shoe manufacturing, plastic extrusions, garments, etc. She has conducted an independent impact study of the training program on gender equity conducted by the Social Accountability International as part of their ongoing program RAGS.

As Managing Trustee of CSR Assist, she is responsible for leading a team of professionals in meeting the CSR goals of companies. She is a permanent member and Ex-Secretary, Administration for Common Wealth Association for Mentally Handicapped and Development Disabilities (CAMHADD), 2002-2003. Nalini is a trained SA 8000 Advanced Lead auditor, WRAP approved auditor, Coca Cola approved auditor, Ford approved auditor, and C-TPAT auditor. She has completed the CBR Planning and Management course from the International Institute of Rehabilitation Management, Lisbon, Portugal and has completed a Master Trainers Training in Inclusive Education. 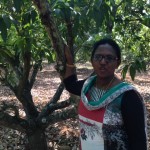 Rohini Chandrasekaran is a sustainable compliance professional who conducts audits and trainings for various stakeholders across the global supply chains of factories and agriculture farms in South Asia. Rohini has more than a decade of experience in the development sector, where she has worked with grass root organisations, companies, and NGOs including the Tata group, Rallis India Limited, the International Resources for Fairer Trade (IRFT) and the Fair Labour Association (FLA).

Rohini has worked on training and updating the code of conduct for various brands on agriculture sustainable standards, country level research and assessment studies, task and risk mapping studies for different agriculture crops on human rights issues, impact assessment studies, stakeholder engagement, and identification of service providers. She has worked with the Better Cotton Initiative as an associate trainer and master trainer in India and Pakistan and has worked in Bangladesh, Pakistan, Silence, China, Indonesia and has research experience in Romania, Hungary, Turkey, Brazil, Argentina and Ivory coast.

Rohini holds a Bachelor’s degree in Agriculture from the Tamil Nadu Agriculture University and a Master’s Degree in Social Entrepreneurship from Tata Institute of Social Sciences. 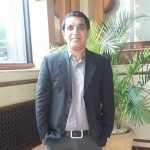 Shakir Hussain manages the Pakistan, Iran and Afghanistan region for NAPP, where he provides support and assistance to Fairtrade-certified producers for compliance with Fairtrade Standards. He also engages with potential producers who want to become part of the Fairtrade system.

Shakir has worked with the International Labour Organization (ILO) as Lead Trainer on Elimination of Child Labour Project in Pakistan. After which, he worked with the British Council Pakistan on the Active Citizen Project and has served as the National Training Co-ordinator in UNDP Pakistan. Shakir has strong knowledge about facilitation skills, training design, negotiation and communication skills, and project management.

Shakir has a Master’s in psychology and is interested in industrial and consumer psychology. Apart from that, he is a certified safety expert with an OHSAS 18001 diploma. When not on the field, Shakir enjoys travelling, hiking, reading and playing snooker. 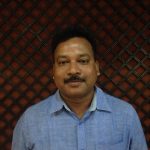 Subhra Prakash Tudu works at NAPP as the Associate Principal where he is in-charge of the Fairtrade certified support services in the North East India, Nepal, Bangladesh and Myanmar. He also leads the Risk Management in India+ region. He has been working as Liaison Officer… 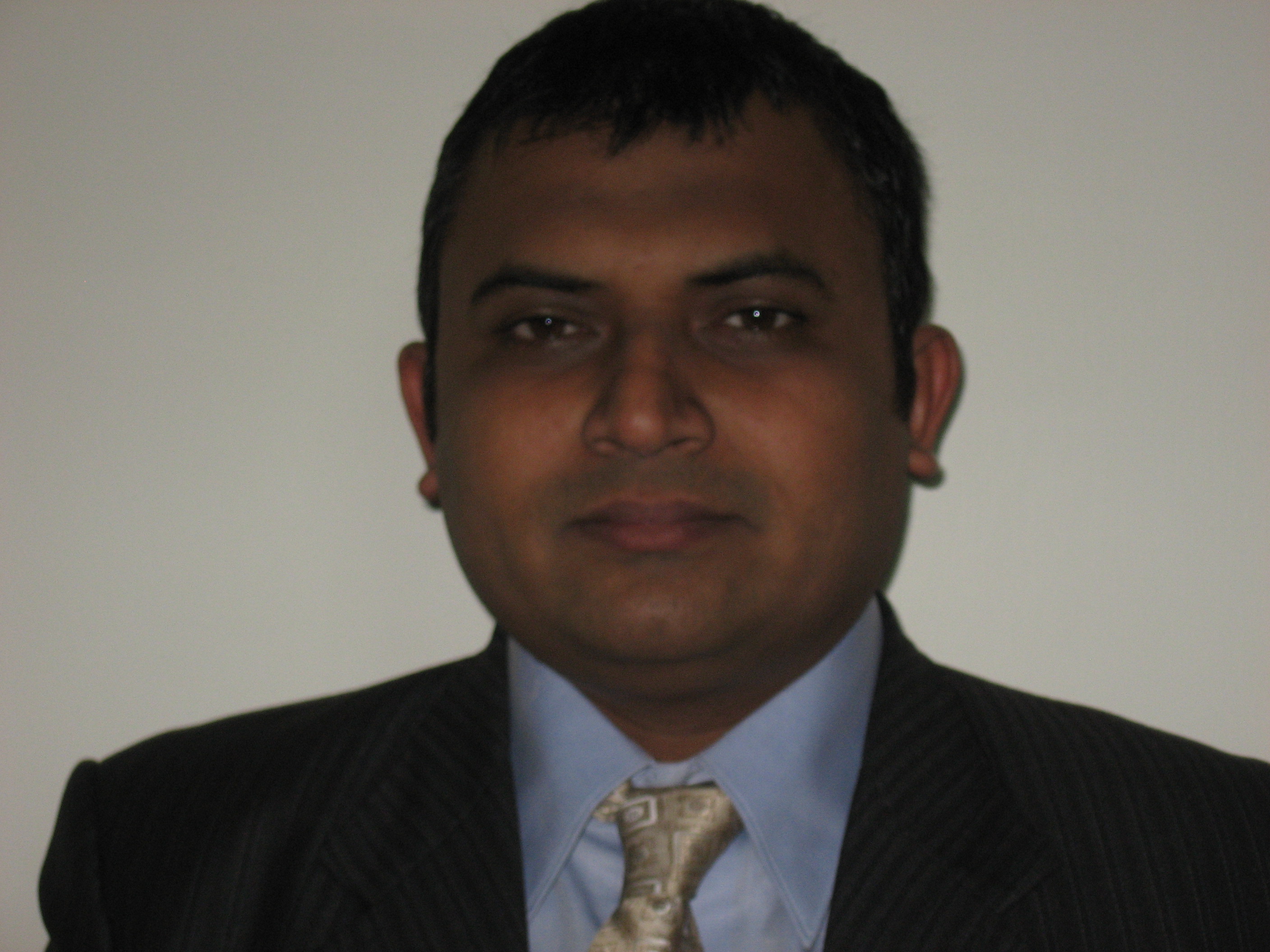 Sureel Singh has over 13 years of experience in the corporate and social sector. He has conducted sustainability workshops and organisational development projects with over 200 organisations, ranging from small producers to some of the largest organization in the world.

As part of his MBA programme, Sureel majored in Marketing with a minor in Human Resource. He is also an ISO 9008 certified Auditor and SA8000 certified consultant.