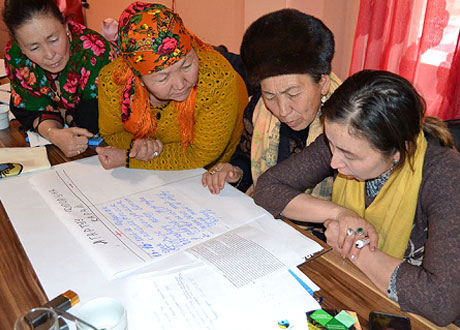 Gender balance is essential for economies and communities to thrive. Yet in many of the countries where Fairtrade works, women farmers receive lower pay than men, are often unable to own land and struggle to access loans or training.
Fairtrade’s Gender Strategy places special emphasis on training to strengthen women at producer organizations. As part of this, the Fairtrade Network of Asia & Pacific Producers has launched a new gender leadership school. It focuses on business skills which can be a powerful tool for women, providing practical training in skills such as finance, negotiation, group decision-making, as well as creating awareness on gender equality. The school also trains men, helping them better understand the challenges women face, become role models themselves and promote gender equality in their communities.
Thirty Fairtrade farmers (25 women and five men) from Central Asia participated in the first workshop, from Fairtrade organizations growing cotton and walnuts. The school will also be replicated in Indonesia and India in the next few months, with over 100 Fairtrade producers from across South and Southeast Asia. It is a year-long programme, with a total of ten modules and around 30 in-person sessions planned. 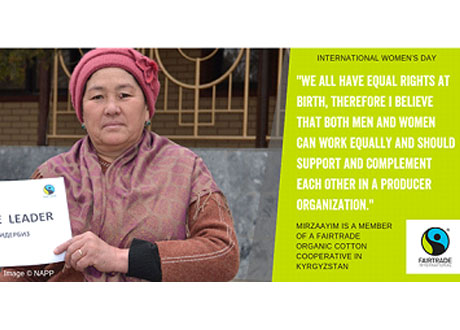 Mirzaayim Mamatalieva, member of a cooperative of organic cotton farmers in Kyrgyzstan, is one of the first women to attend the school. “I was very keen to learn more about the topic of ‘Gender Equality’ in the training,” said Mirzaayim. “We all have equal rights at birth, therefore I believe that both men and women can work equally and should support and complement each other in a producer organization. The training has been very helpful”.