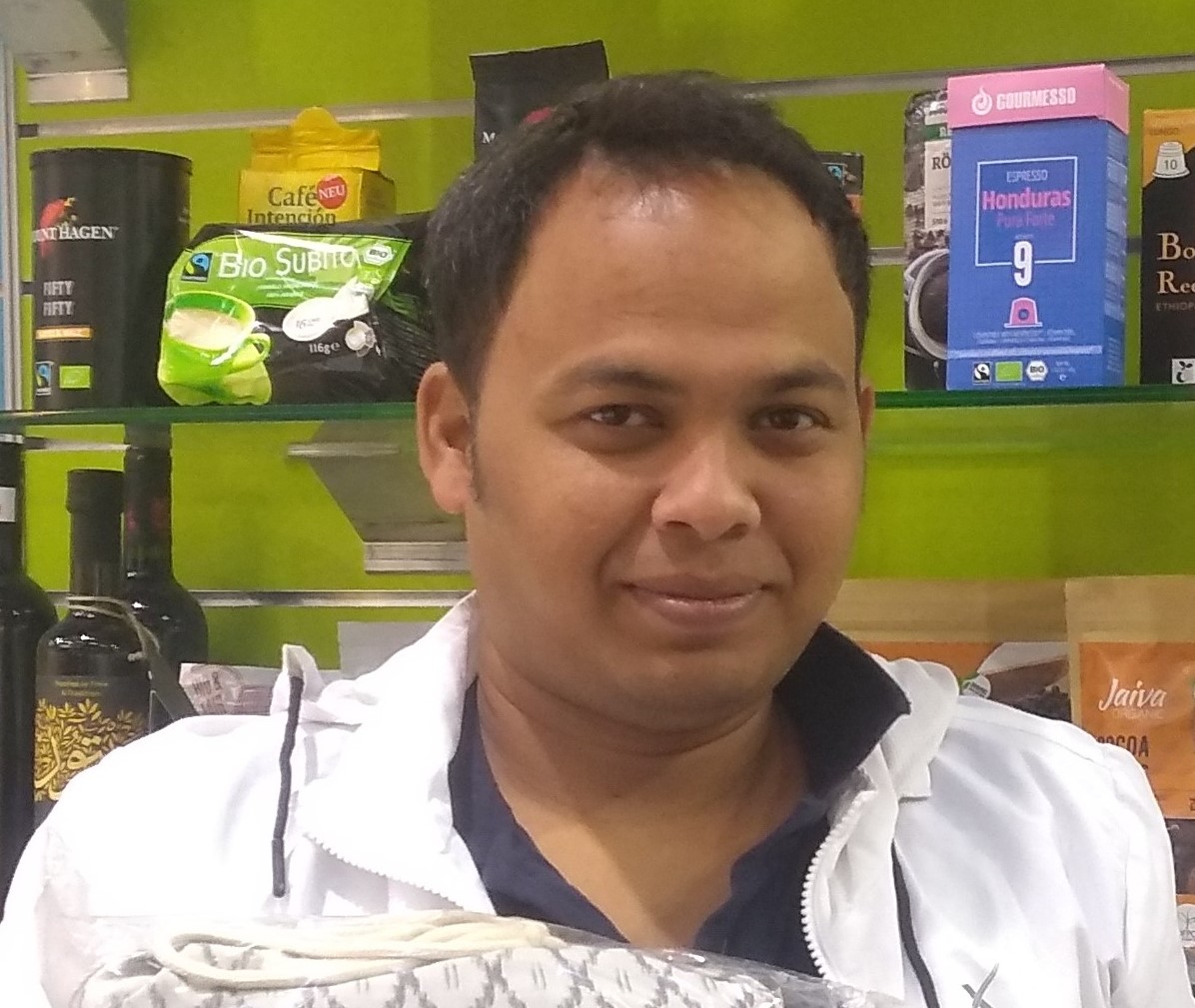 Mr. Pravakar hails from a very non descript town Titilagarh in Orissa. He is second generation family working in cotton sector .With a humble beginning his father initial started a cotton ginning factory in nineties. Later when the family business started dwindling he thought to support his father but quickly he realized that he has to leave his well paid MNC job and comfortable life in city to toil in the soil and work with the marginalized farmers.

Being an engineering graduate and having good exposure of technology not only helped him to turn around his family business fortune but he also brought drastic changes in his area by encouraging farmers to go for the native varieties of cotton and adopting Organic practices that led to better yield and quality of cotton fiber .It immensely helped the marginalized farmers in realizing better returns on their produce.

One of his dream is to enable farmers to become part of sustainable value chain by creating an ecosystem within the industry that works for the weakest link in supply chain. 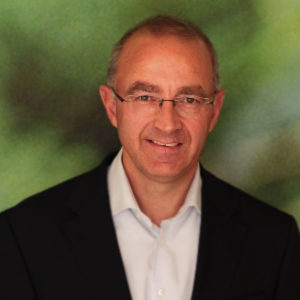 Mr. Detlev Grimmelt has worked for global and national food-companies for more than 25 years. After completing his studies in business administration, Detlev started his business career in Marketing functions followed by different sales functions and he could prove his experience as general manager.

Having been working for the German Fairtrade market organization since 2011, initially as commercial director, Detlev was appointed in 2014 as Board member. In this role, Detlev is responsible for commercial relations, supply chain management and finances. 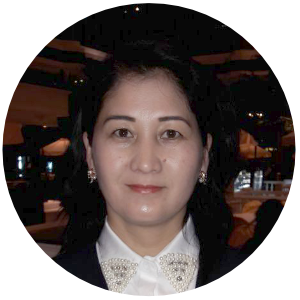 She has a diploma in Law and English language and also holds a graduation degree in Jurisprudence/law and foreign language. She has been trained on Skill developments in Organic farming, Global G.A.P. Certification Standard and Fairtrade System in 2017.

She is also trained in HACCP – Hazard Analysis and Critical Control Point and Value Chain of Walnut in the framework of GIZ-Germany Project- “Community-based Walnut Forest and Pasture Management”  in Southern Kyrgyzstan. The Project promotes biodiversity, conservation and poverty reduction in the region. She works in Agricultural Commodity Service Cooperative “Bio-Farmer” as an inspector of Internal Control System in Kyrgyzstan. 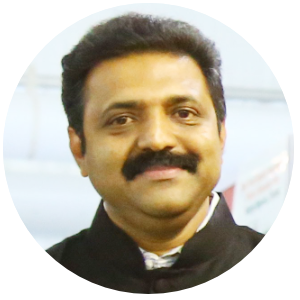 Mr. Bijumon Kurien is the President of the Manarcadu Social Service Society, an SPO in Kerala, India where he has been a member for more than 15 years. His SPO has been Fairtrade certified since 2009, and produces Coffee, Cocoa, Herbs & Spices, Fruits and Nuts.

Bijumon has a Business Administration diploma and a graduation degree in Chemistry. He has also been trained on Skill developments in Organic farming (Lacon / Control Union India ) spices value addition (Spices Board, CFTRA), coffee practices( Coffee Board), effective international Marketing and strategic planning of Producer at SES, Germany& PUM Netherlands

Mr. Biranchi Pradhan has completed his Masters in Economics. He works as a farmer in a Fairtrade Certified Contract Producer for Cotton- Om Organic Cotton Pvt. Ltd in India. He was selected as the Board Member in 2018. 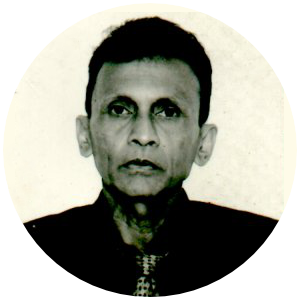 Mr. Ediri Singhe Arachchillage Nandakumara is the President of Small Organic Growers Association, Sri Lanka. He manages the organic tea cultivation and ensures the human resource department works in compliance with the requirements of the international certification system such as Fairtrade Labelling Organization. 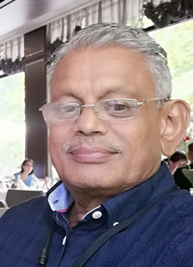 Mr. R Gnanasekran is an MBA graduate and has been working with Stassen Natural Foods as a senior executive since 1989. He is also trained in FLO CERT certification system, ISO 22000 and JASS. He comes from a famer’s family and has gained organic and Fairtrade experience of 30 years. He currently holds the following honorary positions of General Secretary of international meditation & Spiritual Centre, Justice of peace, Member of public service commission, Chairman of Fairtrade NAPP Sri Lanka and Member of Wildlife and Nature protection society Sri Lanka 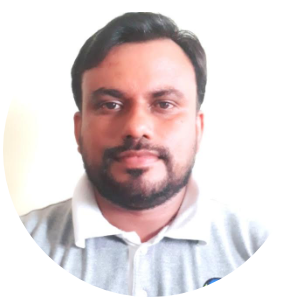 Mr. Muniraju K Shivanna is a post graduate in Environmental Science from University of Bangalore, India with over 12 years of hands-on horticultural / agricultural crop management expertise (including Organic and Fairtrade Standards.He worked as a Board member and Treasurer for Association of Indian Fairtrade
Producers (National Network) from 2014 to 2018, initiated YICMBR project to involve youth monitoring system for sugar cooperatives in India, and also served National Bank for Agriculture and Rural Development (NABARD) in evaluation organic projects and impact studies.

He has also worked with Department of Agriculture, Government of Karnataka INDIA for the promotion of Organic Agriculture and establishment of 14 Farmer Federation. 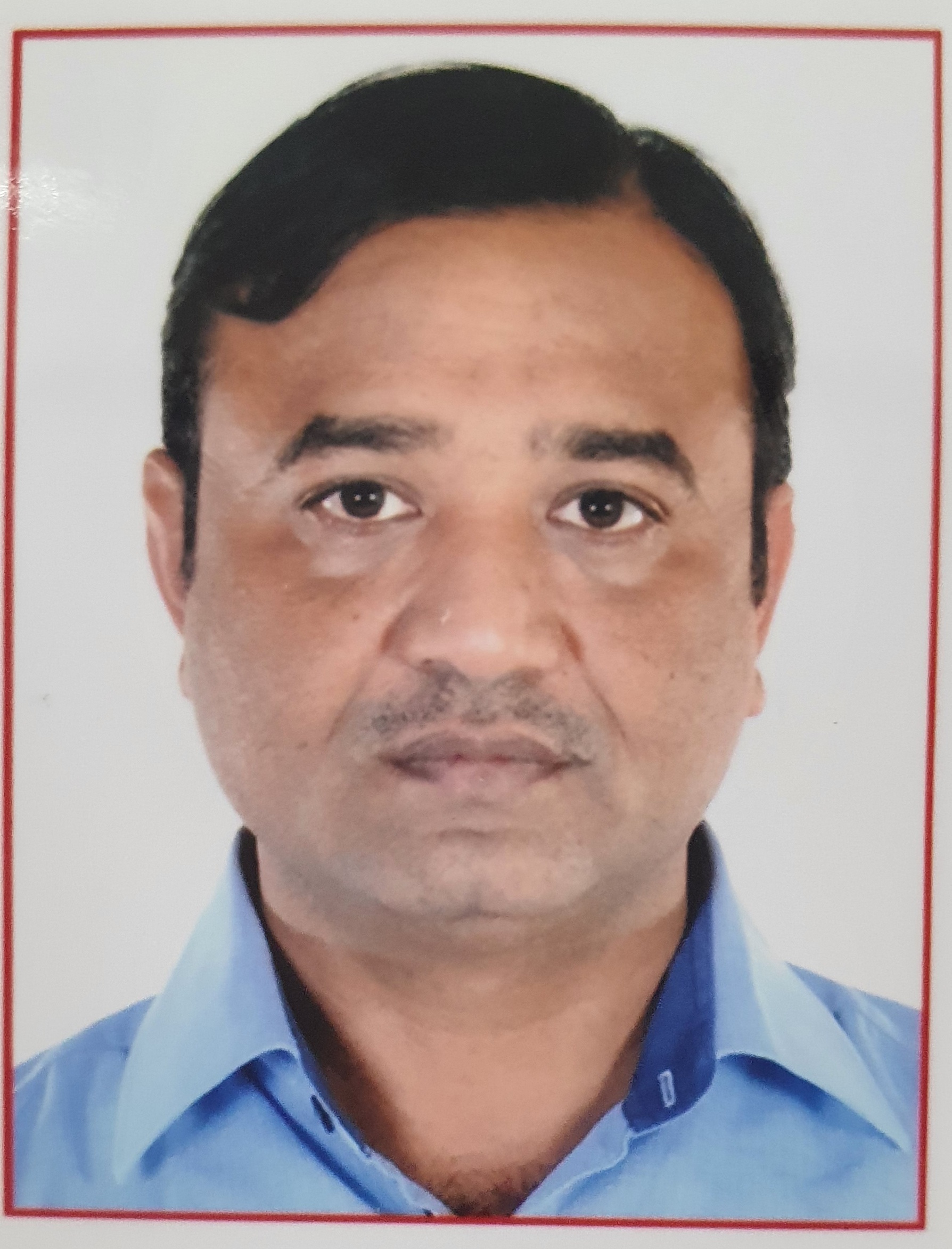 Mr. Shailesh Patel is a post-graduate in Rural Studies with a specialization in  Rural economics from Bhavnagar University. He currently works as the CEO and founder Member of Rapar and Dhrangadhra Farmers Producer company Ltd in Gujarat, a  Fairtrade cotton Small Producer Organisation. The SPO has been successfully working in the Fairtrade system for the last six years after converting to SPO from Contract Production with an increase in the numbers of farmers, volume, and sales turnover every year.

Mr. Shailesh Patel also worked at Agrocel Industries Ltd for 18 years as a Project Manager for Fairtrade Organic product and Fair trade development activity where they developed 02 producer groups under CP standard which was later converted under the SPO standard for cotton and Rice. He has extensive experience working with Fairtrade for the past 23 years with different products such as cotton, peanut, basmati rice, and raisin. He has also served as the first board member of NAPP in 2008 and was involved in forming the Fair trade Cotton Development Committee. To date, he has implemented various international projects for community-based sustainable development with the support from various brands and institutes like Shell Foundation, GIZ, M&S, etc 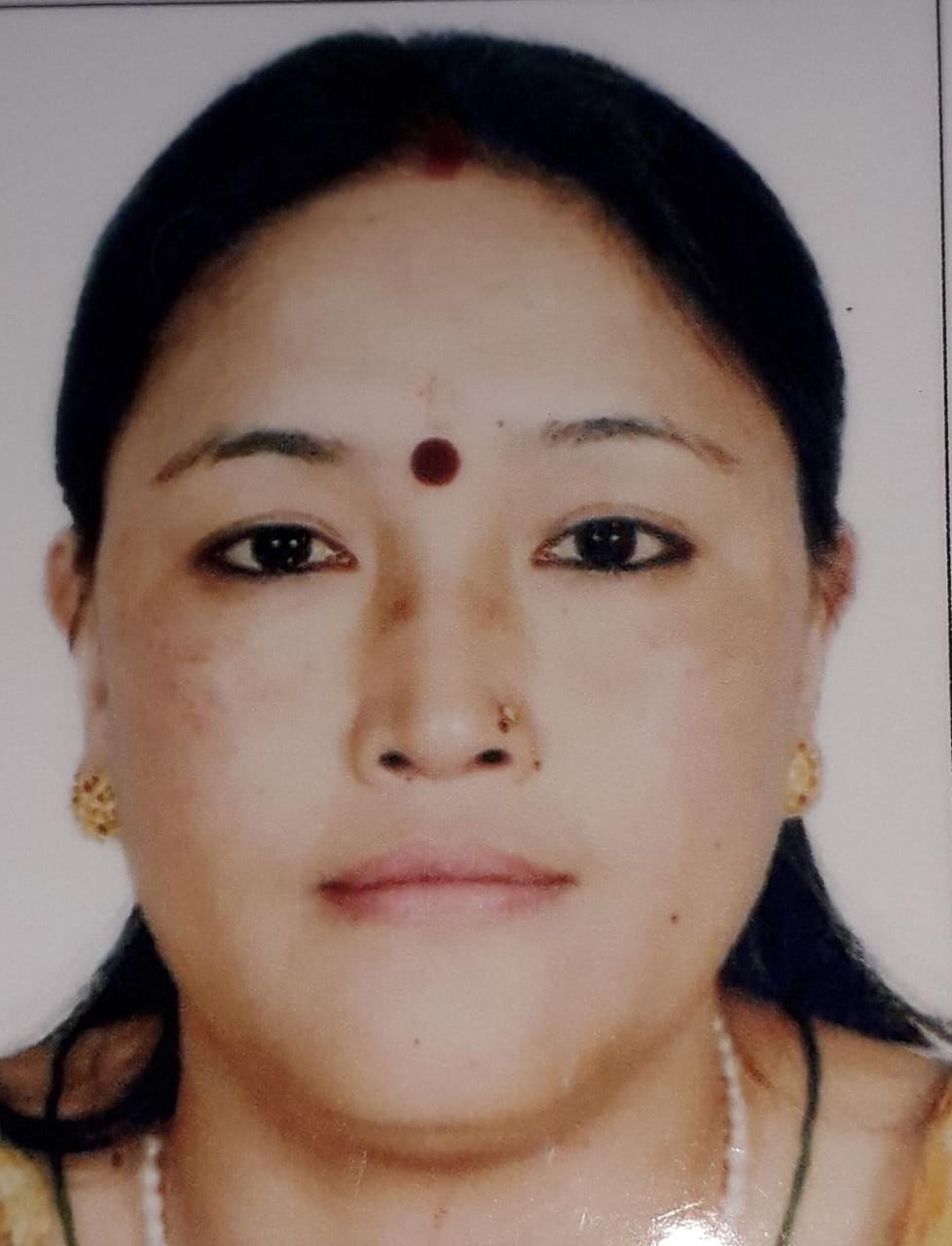 She is an Indian and can speak Hindi and Nepali. 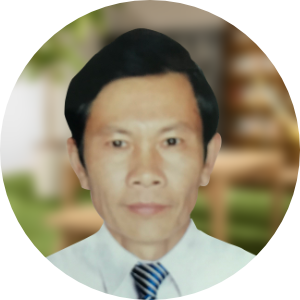 Mr. Nguyen Huu Ha is a graduate in Business Administration. He has 25 years of experience in agriculture especially coffee. He is currently the Co-director of Thuan An Fairtrade Agricultural Co-operative in Vietnam and also the executive Board Member of Pacific Asian Coffee. 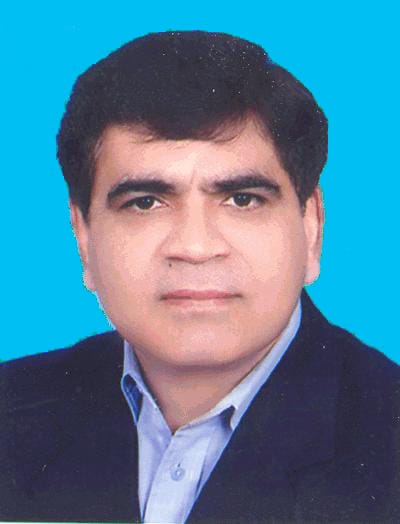 Mr. Malik Muhammad Jamil is  an International business executive with over 3 decades of vast experience in the field of leadership, management, and organizational development. He has been working as the  General Manager at VISION Technologies Corp. Pvt. Ltd., Sialkot since 2007 and heads the company’s IT, HR, CSR, Compliance, Procurement, and Inventory departments

He has also served as the Fairtrade Officer at the company for the last 16 years.  Prior to joining Vision Technologies he was a member of the Executive Council of Saga Sports Pvt. Ltd., Sialkot. 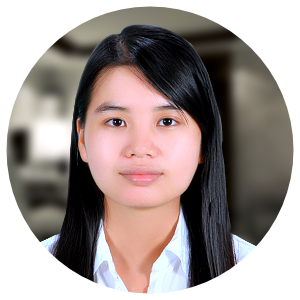 Ms. Pham ThiHuyen Anh is the Chairwoman of Fairtrade Small Producer Organisation- Po Ko Fair Agricultural Cooperative (PôKô Farms) in Kon Tum, Vietnam, certified since 2009. She represents the younger generation of PôKô Farms and has supported and worked for the cooperative for approximately 10 years in multiple roles. 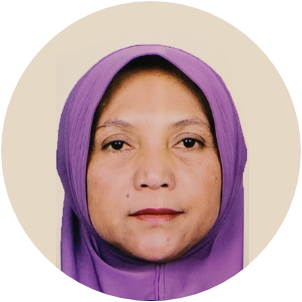 Ms. Rahmah was born in Indonesia. She is a graduate with a passion for coffee and therefore pursued the coffee business as her career. As a woman venturing into a business dominated by male she had to face many challenges and difficulties during the initial stage of developing her business. Eventually, she succeeded in establishing her own company – “KETIARA COFFEE” led by women farmers in 2009 which got Fairtrade certified in 2013. Her strong leadership eventually led her to travel around the world to explore and gain more knowledge on coffee business and she got into coffee exports in the year 2011. Ms. Rahmah represents women leadership across NAPP Board and expects more women to be self-sustained in the coffee world. 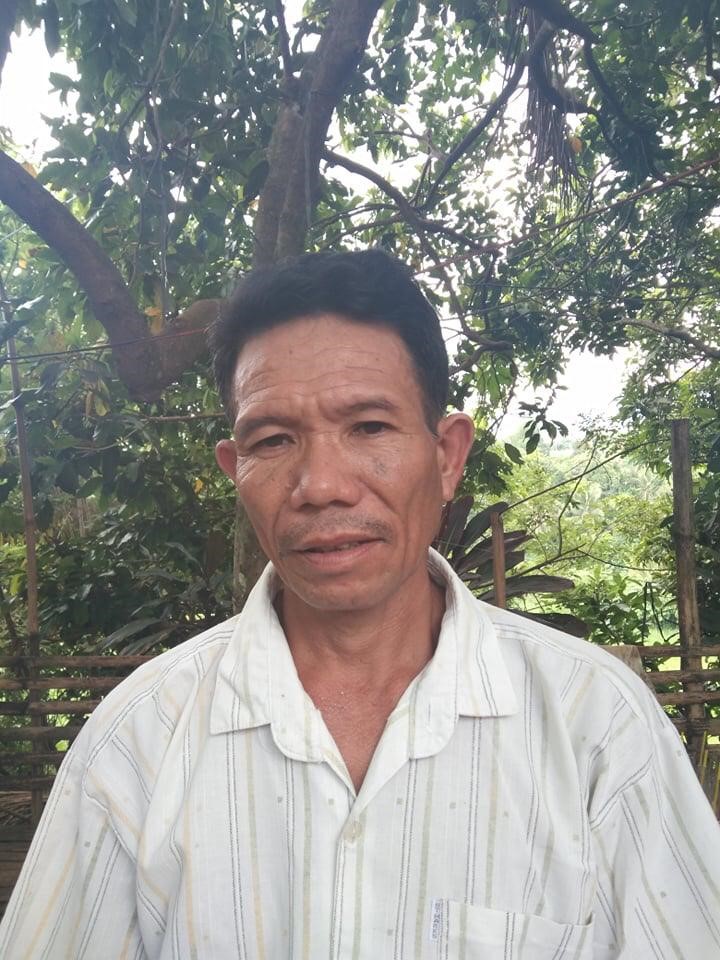 Mr. Sandrico Cornelio is a small farmer at a Fairtrade Certified Small Producer Organization for sugarcane- Nakalang Padilla Farm Workers Association, Philippines. He has been a smallholder sugarcane farmer for many decades, and represents the small producers in the Fairtrade system at NAPP. 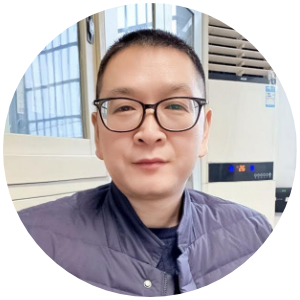 Mr. Zhao Xinrong is the Vice Chair of Fairtrade China Small Producers Organization and Secretary General of Shaoxing Shangyu Graham Tea Farmers Association in China. He holds a diploma in Agriculture and Law.

Mr. Zhao Xinrong has been engaged in the production and sales of organic tea since 1999, and Fairtrade certified tea since 2011. At present, he is committed to supporting local tea farmers in planting and production of organic teaand benefiting small producers through Fairtrade business development plan, so as to promote the sustainable development of tea industry.