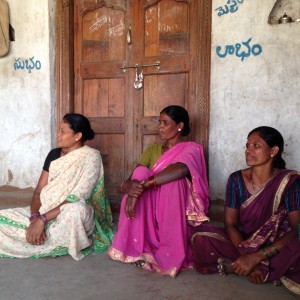 Gender inequality remains a major barrier to human development globally. Fairtrade is dedicated to promoting equality and enabling women and men to access the benefits of Fairtrade equally.

Export crops constitute the vast majority of Fairtrade products and production tends to be male dominated. Data shows that women make up just 25 percent of the smallholder farmers and workers involved directly in Fairtrade.

However, these figures do not account for members’ female relatives who contribute to the production of commodities in small farmer organizations. Even though women are often heavily involved, their work is seldom fully recognized and rewarded.

Women’s role in agriculture has increased over time for various reasons including migration, conflict and the incidence of HIV/AIDS. Current estimates indicate that women make up around 43 percent of the agricultural labour force in developing countries, with wide variations from country to country. However, women have less access to productive resources such as land, inputs, information, credit and technical assistance – resulting in the ‘gender gap’ in agriculture.

With increasing concerns about food insecurity and the need to feed a growing population, there is a renewed focus on giving women the same access to productive resources as men to boost productivity. The Food and Agriculture Organization of the United Nations estimates that closing the gender gap in agricultural yields would reduce the number of undernourished people by 100-150 million, and could increase agricultural output in developing countries by between 2.5 and 4 percent.

60-80 percent of global food is produced by women.

Development and research professionals are also increasingly advocating gender positive interventions for women, their families and their societies; for example, to improve women’s health, wellbeing, autonomy and influence, as well as to enhance child education and welfare while contributing to economic growth.

However, despite a general consensus on the benefits of addressing gender inequality, efforts have so far not brought about the improvements and transformation needed to empower women in agriculture.

The Fairtrade approach seeks to tackle unequal power relations in order to promote gender equality and women’s empowerment.  This will be achieved by strengthening women’s human, social, financial, and physical capital. This approach is aligned to Fairtrade’s 2016-2020 Strategic Framework and guided by the Fairtrade Theory of Change. Further, it adopts the Gender at Work framework and reflects the recommendations of the 2015 Equal Harvest Report.

The Fairtrade Gender Strategy seeks to promote gender equality and women’s empowerment in producer organizations by building women’s and girls’ power and autonomy. The strategy aims to deliver a transformative approach to gender mainstreaming in the Fairtrade system.

Transformative gender approaches share an understanding of the need to go beyond women’s participation in activities and institutions, to challenge accepted gender patterns and structures with the aim of permanently and profoundly rebalancing unequal power distribution between persons of different genders.

Closing the gender gap in agricultural yields would reduce the number of undernourished people by 100-150 million, and could increase agricultural output in developing countries by between 2.5-4 percent.

Fairtrade also recognizes that gender is one of several variables that determine power relations and social inequalities which result from an intricate web of contextual factors such as race, class, religious or ethnic identity, and disability. In addition, social issues encompassed in agricultural value chains differ according to region, country and local context and they continue to evolve and become more complex. While Fairtrade’s approach focuses mostly on changes in attitudes, practices, and policies in agricultural production and trade, it also necessitates broader transformations in political and social life.

How Gender is addressed in the Fairtrade Standards

Fairtrade Standards include criteria that are designed to prevent gender inequality, including:

In 2015 Fairtrade reviewed its Gender Strategy to encourage an approach of mainstreaming gender in every aspect of our work. This new strategy adopts a set of specific, strategic approaches as well as technical and institutional processes to achieve the goal of gender equality.

While there are many examples across the Fairtrade system of good practices adopted in the promotion of gender equality, until now Fairtrade had not followed a systematic and integrated approach to promoting gender equality. This strategy aims to close this gap and set a clear direction and approach for Fairtrade’s global work on gender for 2016-2020.