Advocating for Women’s Right and Fairtrade Gender Leadership School during the Pro-women Legislation Meeting with the Governor of Punjab, Pakistan

Pakistan, officially the Islamic Republic of Pakistan is the world’s fifth-most populous country with a population exceeding 212.2 million, out of which 103,428,419 is current female population (49.2%).

Pakistan’s most populous province, Punjab, had a population of 110,012,442, forty-nine percent of which is comprised of women, as per the 2017 national census. The province also reports the highest incidence of Violence Against Women (VAW) including crimes in the name of honor, acid crimes, revenge rape and exchange marriages (vatta satta) harassment at workplace. Despite laws for the protection of women instituted at the federal and provincial level, VAW still persists. As per the data obtained from the Investigation Branch of the Punjab Police in 2017 , revealed that six women are murdered, eight are sexually assaulted, eleven are battered or assaulted, and thirty-two are abducted in the province daily. Nevertheless, reporting rates of VAW Crimes remain high while conviction rates remain low. In 2017, for example, 7678 cases were reported and only four percent of the 7,678 cases reported led to a conviction. A paramount reason behind the frequency of gender-based violence in Punjab is the prevailing patriarchal notions that favor conventional roles for women and girls. The cultural importance of these notions compromise women and girls’ access to healthcare, education, and employment. (Source : Cornell Policy Review).

With limited national mechanism to collect data on VAW, many instances of violence go unnoticed while many perpetrators go unpunished and unknown. In Punjab and in Pakistan at-large, very few likeminded people are working on establishing an effective response mechanism to counter the systemic deprivation, harassment, and humiliation of women and girls at the province and country level. To support these efforts, UN Women’s Essential Services Package for Women and Girls Subject to Violence presents a theoretical framework for low- and middle-income countries aiming to respond to and subsequently tackle VAW. An assessment of the country’s existing criminal justice system reveals the need to enhance these mechanisms for the protection of women and girls.

Apart from Provincial commission on the status of women, there exist another volunteer platform called Women’s Action Forum (WAF) – an active women’s right organization in Pakistan which was formed in 1981 to respond to the implementation of the pro women legislations and to strengthen women’s position in society generally. It was founded by women from civil society organizations in Karachi and later joined by chapters from Lahore (Punjab) and Islamabad (Capital of Pakistan) who all agreed on collective leadership and formulated policy statements and engaged in political action to safeguard women’s legal position.

In line with the above efforts a meeting was called by Mr. Ch Muhamad Sarwer, Governor Punjab on 20th August 2020 to discuss on the current situation of Pro women legislations and to applaud the selfless efforts of  social activists, feminists across the province who helped women move one step closer to equality and relentlessly worked towards a more equitable Pakistani society. 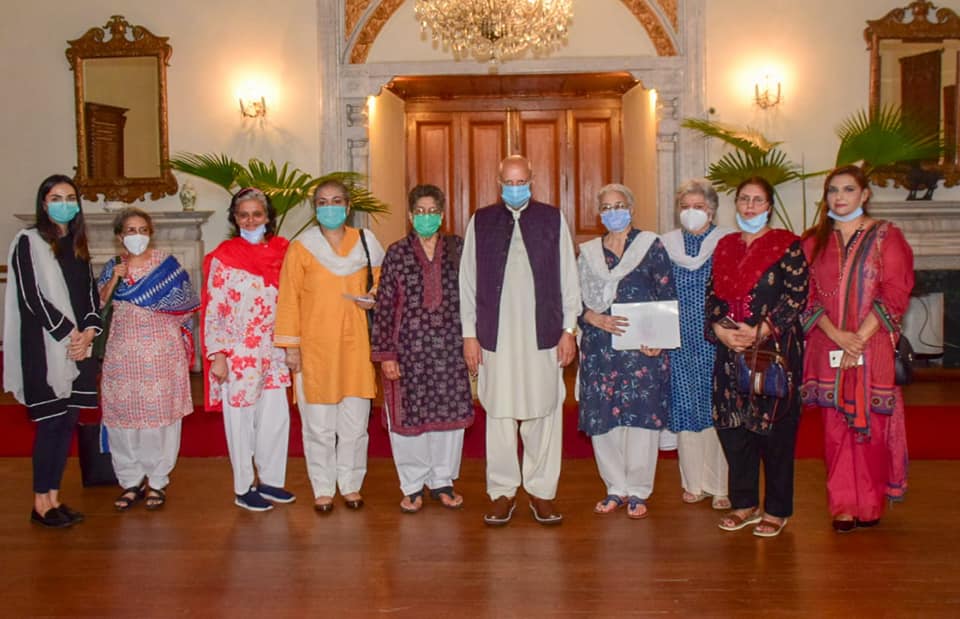 In the Pic: Fairtrade NAPP Program Consultant ( on extreme right) with the Honorable Governor of Punjab and members of Women’s Action Forum

During the meeting the Women’s Action Forum (Punjab Chapter), a group consisting of representatives of Civil society Organizations, Poetess, Gender experts, representative of cybercrime unit were invited to present Chartered of demand towards providing justice for women facing sexual harassment and violence at workplace as the top state priority by incorporating equity and justice within all the political institutions and machinery that contributes towards the protection of Pakistani women, transgender and other marginalized communities. There was also a strong demand for the display code of conduct as per the ‘Law of Protection Against Harassment of Women at Workplace Act 2010’ to be made compulsory in all public and private workplaces.

Fairtrade Network of Asia and Pacific Producers (NAPP) was represented at the meeting by Sarah Anum, Fairtrade International-Program Consultant of Pakistan to brief about the diverse initiatives taken by Fairtrade NAPP along the lines of Gender and Agriculture. With the focus on the flagship program -Gender leadership school, she also contributed her ideas and supported WAF in the pro legislation process that has the potential to impact women in the workforce.

“It was an honour for me to be a part of this selected group through which I got an opportunity to introduce the Gender leadership school being implemented in Pakistan by NAPP. I see it as a great advocacy platform to build linkages with the local Govt,  to propose  various gender reformative measures and practical implementation of labour laws, that can benefit women work force under our producer organizations in a long way. Since the Honorable Governor was a former British politician before getting appointed as the Governor in Pakistan, it was an immense pleasure to know that he was familiar with Fairtrade. It was a positive interaction and overall a productive meeting’.- Sarah Anum, Fairtrade International-Program Consultant of Pakistan 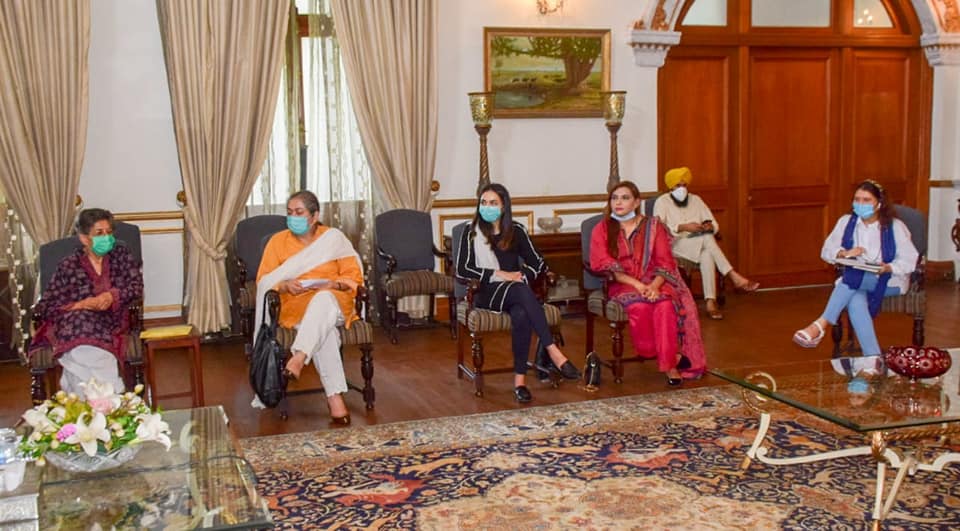 Sarah Anum has been working in social development sector since the last 13 years. She has actively served as a Gender Specialist in Civil Secretariat Punjab and is a member of many women led committees and alliances at the Provincial level,  including Women Action Forum (WAF) since the last 5 years. She is currently the focal point of Fairtrade NAPP Gender Leadership for Pakistan and Iran.

Opinion Disclaimer: The following content do not necessarily reflect the views or opinions of Network of Asia and Pacific Producers (NAPP).  Any views or opinions represented (express or implied)  solely belong to the respective officer.