The Story of Fairtrade Goji berry

Goji berry- talk about a super fruit that has your lip puckering with its sweet and sour taste! 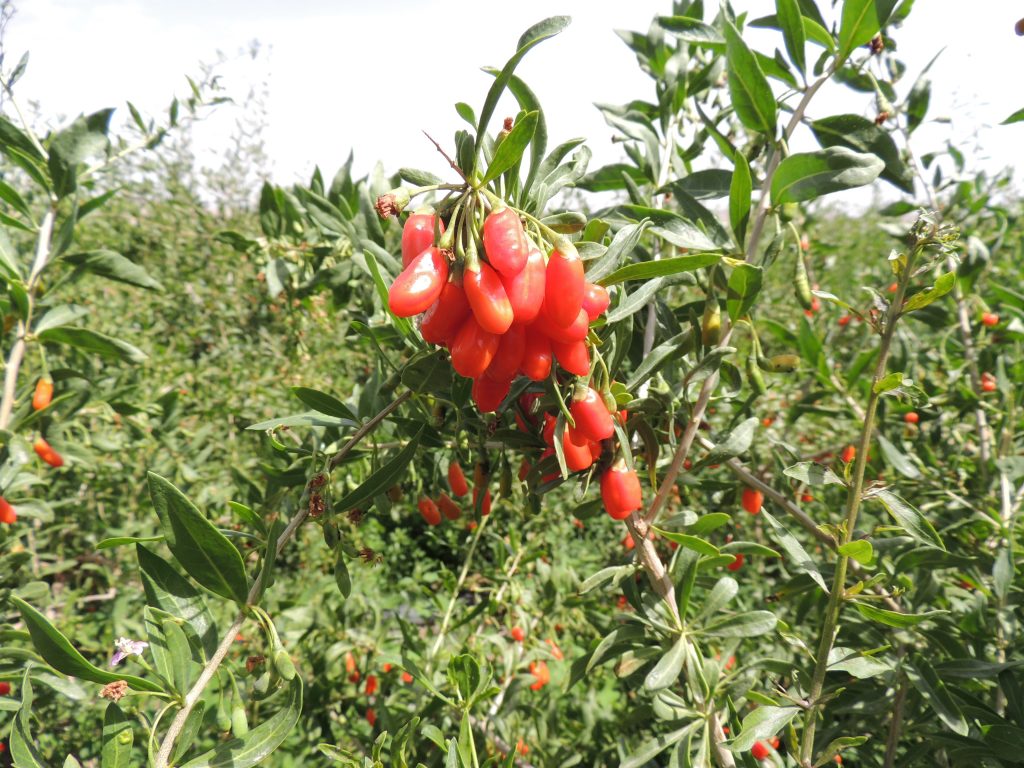 A dark reddish-orange colour, oval-shaped berry native to Asia with a great potentiality due to its medicinal, nutritional, and antioxidant properties. The fruit is enriched with iron, minerals, vitamins A and C and plays a vital role in sorting out various common health ailments.In Asia, China is the largest supplier of goji berry with an export volume of 12613 tons in 2016 amounting to 110 million US dollars. In addition to its commercial value and being sold in local markets it is majorly exported to Europe and has now entered the mainstream market in western countries as well. 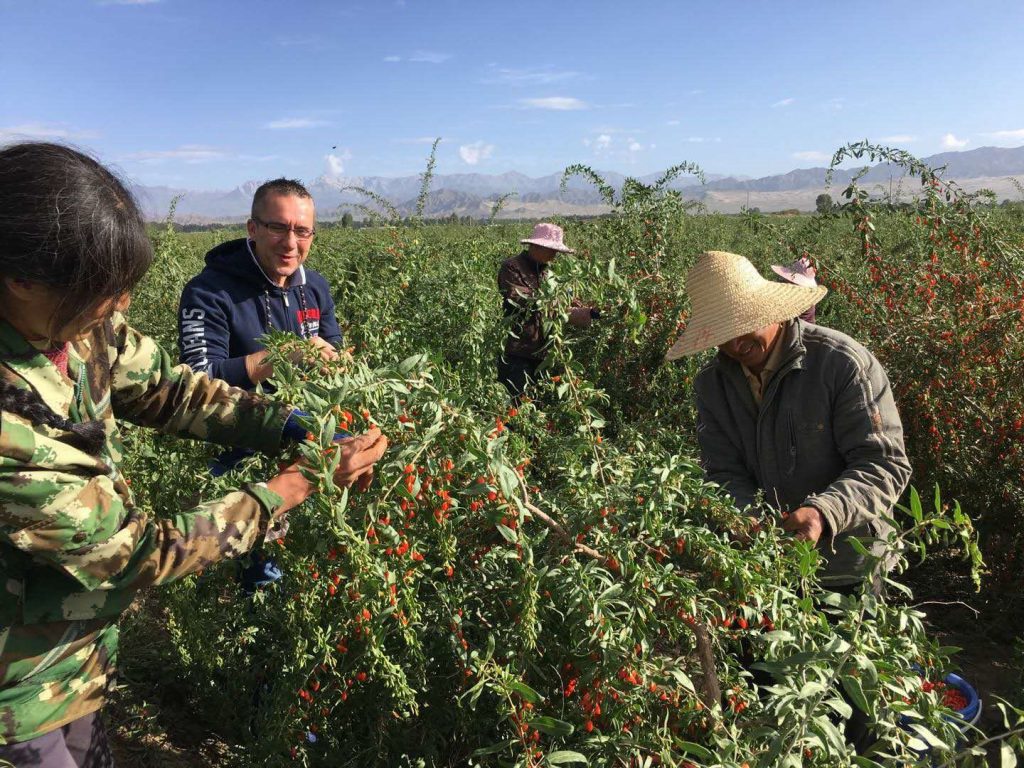 Delingha Jiaxin Professional Cultivate Cooperative Organization is a Fairtrade certified Goji berry producer organisation, located in Gahai Town of Delingha City in the Qinghai Province of China, which is 500 km away from Xining city, the provincial capital. Qinghai Goji Berry is known to be one of the best quality Goji Berry in China. It is currently one of the largest plantation areas in China, with a total area of 550,000 acres, including 85,000 acres of area for growing organic Goji Berry.

Qinghai Goji Berry is native to Qaidam Basin, located in the hinterland of Haixi Prefecture (China’s second-largest goji berry growing region) with an altitude of 2,700-3,200 meters.  It has unique light, heat, water, and soil resources. There is no industrial pollution within a range of 150 kilometers from the Goji Berry producing area. The climate is dry with average sunshine of 15 hours and the temperature difference between day and night is large and the air humidity is low. Crop diseases and insect pests are few, the population density is small, and the ecological environment is clean. The goji berries grown in the region are known to have a 30% higher flavone content than other regions.

In the pic: Delingha Jiaxin Professional Cultivate Cooperative Organization was founded in 2013 and the members of the cooperative started with a small number of 7 farmers. Today it has increased to 30 farmer members who specialize in the cultivation, processing, and marketing of Goji Berry. The planting of Goji berry is done in spring or summer while the harvesting season in the country starts from the last week of August until mid-October. The berries when ripe are shaken off the bush and collected from the ground.

In the Pic: Once the Goji berries are harvested it is then transported in vehicles to the Cooperative factory. Here, it is washed, dried (sundried or electric heaters), sorted, cleaned, graded, and packed for sales/export. The export season generally lasts until January in the subsequent year.

According to the customs in Xining, capital of Qinghai, goji berry, now tops the lists of the province’s most exported agricultural product in terms of volume. It has been exported to 18 countries and regions including France, Canada, and Japan, earning Qinghai 4.68 million U.S. dollars in foreign exchange in 2020.

Delingha Cooperative produces an annual volume of 165 tons of goji berry at a plantation area of 1100 acres. Though the fruit is known for its economic and ecological benefits, since 2015, due to severe climate changes, a weak and unstable market, and other factors, the plantation of Goji Berry was greatly affected. The annual harvest of the Cooperative is lesser than 70%, which makes the farmers suffer serious losses forcing them to give up planting. 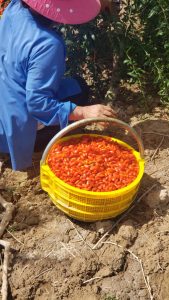 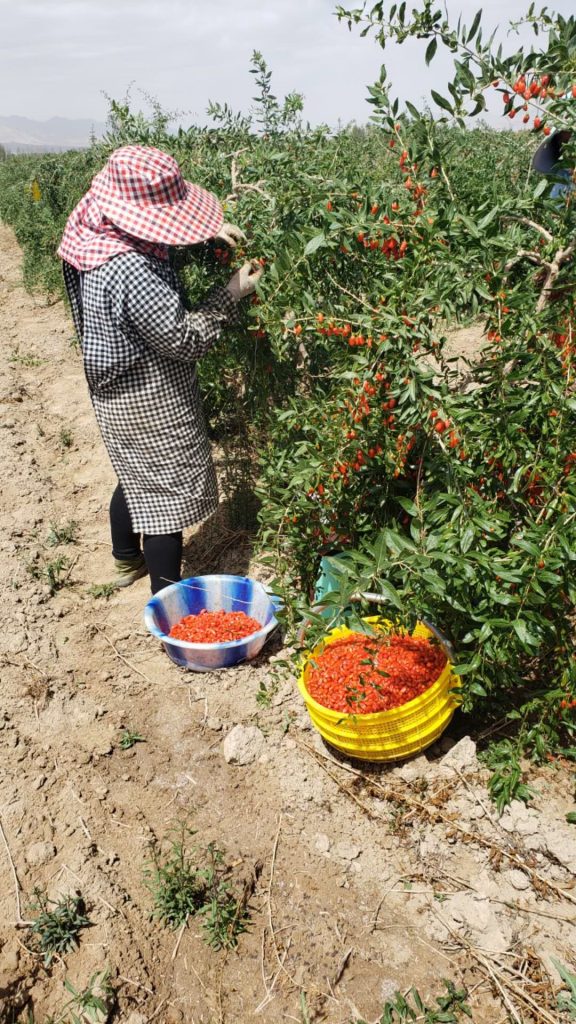 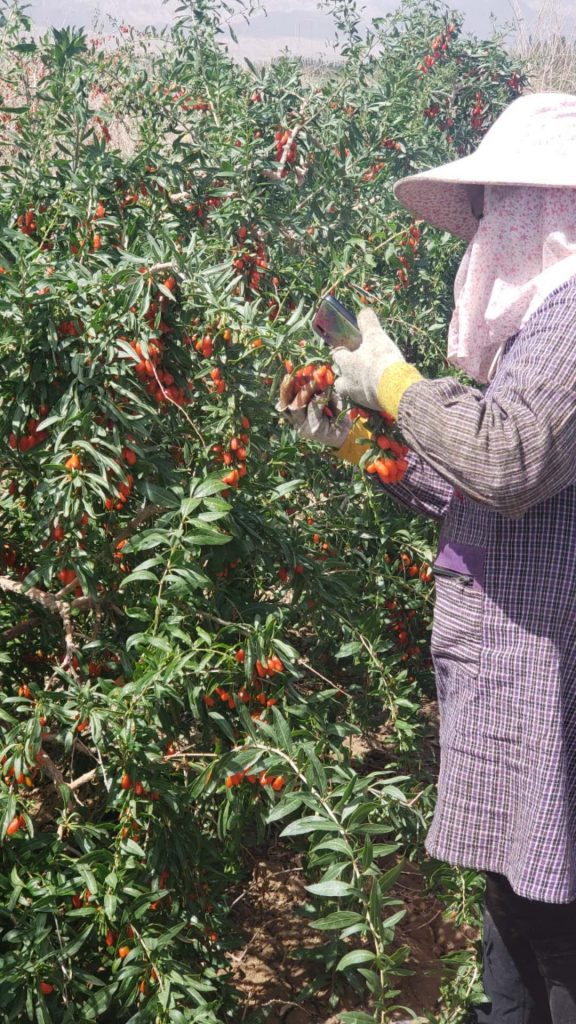 During the initial stage of the COVID-19 crisis between January-April, due to the restrictions in the movement of goods and the temporary closure of shipping ports, the farmers were forced to stay at home with no income to support their families. The Cooperative could only export 5 tons organic (non-FT) Goji berries to France with the sale amounting to 75,000 USD in May 2020. With the Relief Fund support from Fairtrade, the Cooperative was able to purchase and distribute medical and food essentials to support its farmer members.

Dengzhang Lei, a family of four with 2 children, usually has a difficult life. He mentions –

The Cooperative has overcome all kinds of difficulties to survive and develop in adversity. Post getting Fairtrade certified in 2017, the farmers have achieved good results in cultivation techniques through expert guidance and scientific management. The Cooperative has been exporting to France (non-Fairtrade) for four consecutive years since 2017. Their goji berries meet the EU Organic Farming standard and are tested by Eurofins (China). Through Fairtrade the organisation now looks forward to finding new partners to export their goji berries to more markets worldwide.