The 03 Producer Networks from Africa (FTA), Asia and Pacific (NAPP) and Latin America (CLAC) with the support from Fairtrade Japan participated at SCAJ- World Specialty Coffee Conference and Exhibition from 11th to 14th Sep 2019 at Tokyo, Japan. There was a delegation of over 19 Coffee Producer Organizations from the 03 regions. 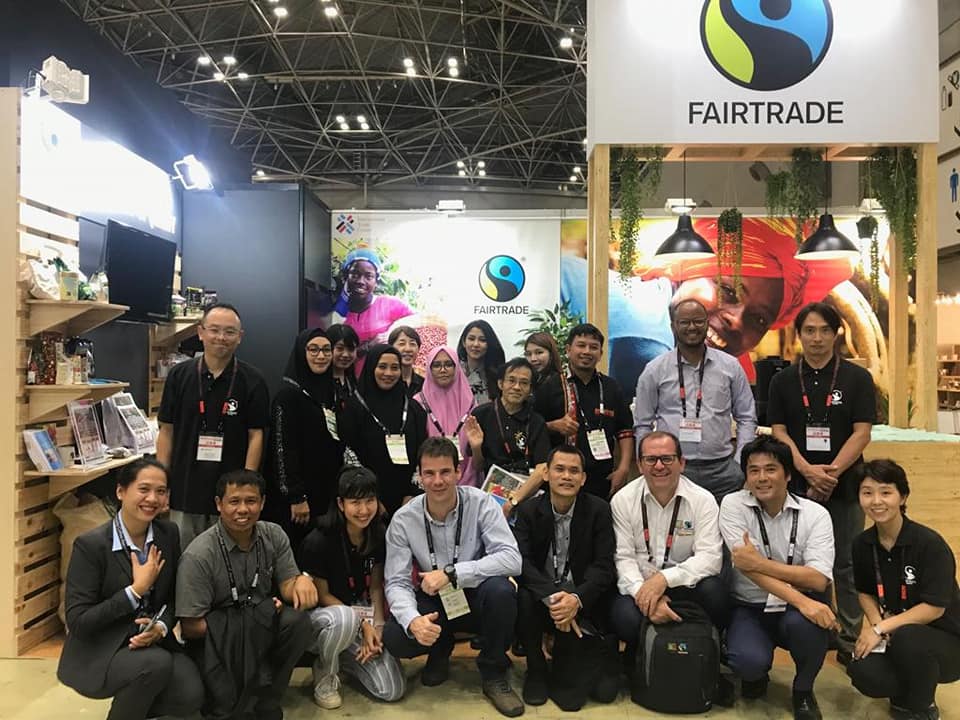 Fairtrade Team at SCAJ NAPP, CLAC and FTA officials and producers with with Director Fairtrade Label Japan- Ms. Kaori Nakajima and the team 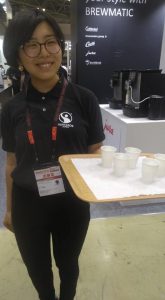 Freshly roasted and brewed coffee being served to consumers

Fairtrade Booth exhibited a diverse range of coffee from across the region along with a space for coffee cupping.  There were 03 public cupping sessions held per day at the booth for cupping an interesting and diverse mix of specialty coffees (arabica and robusta) from  Africa, Asia and Latin America. Simultaneously, exclusive cupping sessions were organised for buyers and interested traders at the booth on request. The consumers were invited to try some of the varieties of freshly roasted and brewed coffee samplings. 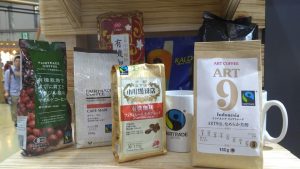 Fairtrade coffee samples from across Asia, Africa and Latin America on display

The Trade fair had participation from more than 200 specialty coffee related companies and associations with more than 300 booths of various sizes. There were seminars and presentations by several countries and companies involved in coffee production along with side events such as Japan Barista Championship and Japan Brewers Cup. 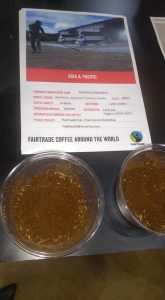 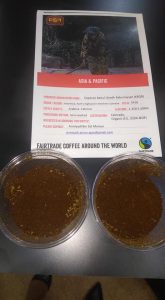 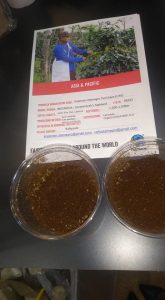 Participants from Network of Asia and Pacific Region had 04 Coffee Cooperatives from Indonesia and Vietnam, with carefully selected samples as per the standards of Japan market to be cupped at the event. 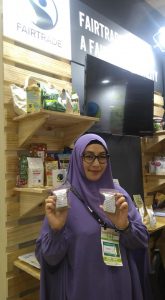 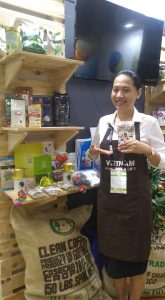 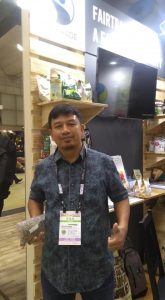 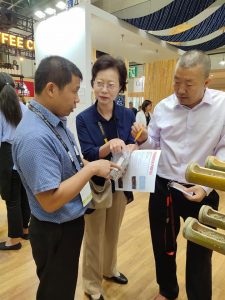 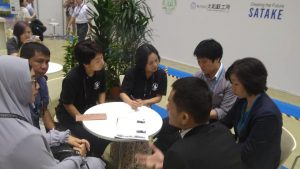 The producers  were actively involved in promoting and samplings of  Fairtrade coffee via meeting with 07 Fairtrade partners at their respective booths. Fairtrade Japan also had meetings scheduled for the producers with Aeon Mall who has been working with Fairtrade for the last 14 years and currently interested to start their own Fairtrade label. The company has over 300 retail chains across Japan. There were brief discussions between FT Japan, NAPP team and representative from Aeon mall with regard to the key messaging, target crowd & marketing plans to be adopted for Japan Market. As per them message revolving around ethical trade & consumption holds priority for Japanese consumers. 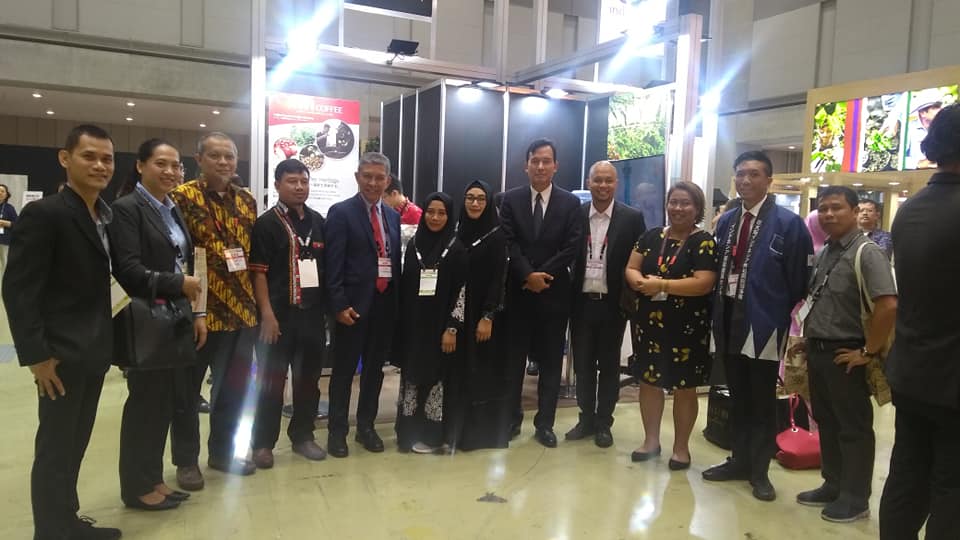 Other productive meetings with Fairtrade partners were held with Sumitomo, Ishimitsu, Ogawa coffee, Maruyama coffee, UCC , Twin bird, Wataru Coffee , Capital Corporation, Kanematsu Corp etc. The team also made an effort to visit various non -Fairtrade booth of importers, local roasters and  brands in Japan as well as meeting with Embassy of the Republic of Indonesia in Japan to promote the concept and background of Fairtrade.

Though the awareness of Fairtrade is still not much as compared to European, UK or American market, it is definitely on the rise and and there does lie a huge potential for Fairtrade to penetrate the market in the coming years. The number of Fairtrade certified partners are significantly less which also speaks of the immense opportunities and all the more reason to tap such an interesting, quality-oriented market in the long run.

Network of Asia and Pacific Producers (NAPP) extends its gratitude to NFO Japan team  for all their efforts in delivering a successful event and also to CLAC and FTA for all the team work and coordination. 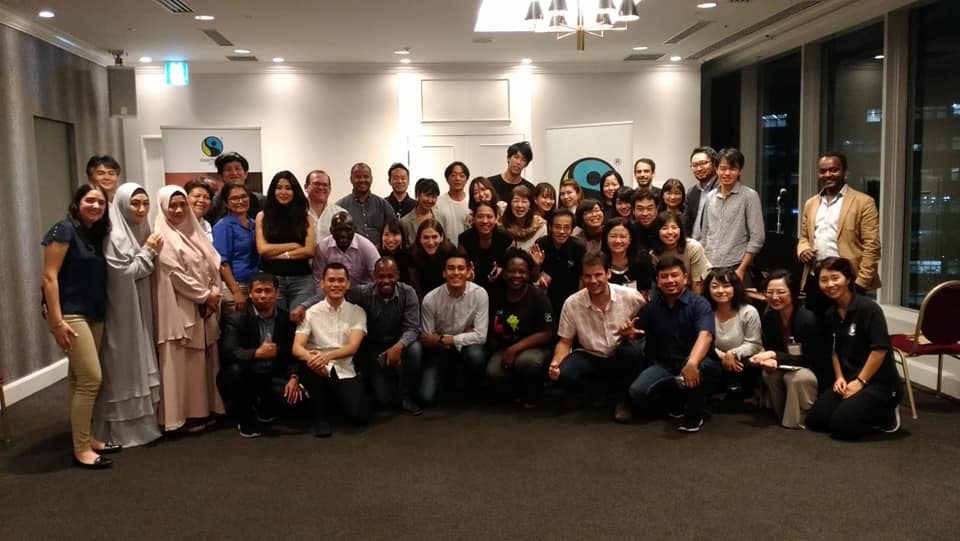