To celebrate International Women’s Day today, we are featuring some of the countless inspiring women who work in Fairtrade farms and communities. In Honduras, young women spearheading a revival of cocoa production have planted 1.5 million trees in response to climate change and are running what will be the largest chocolate factory in the region. 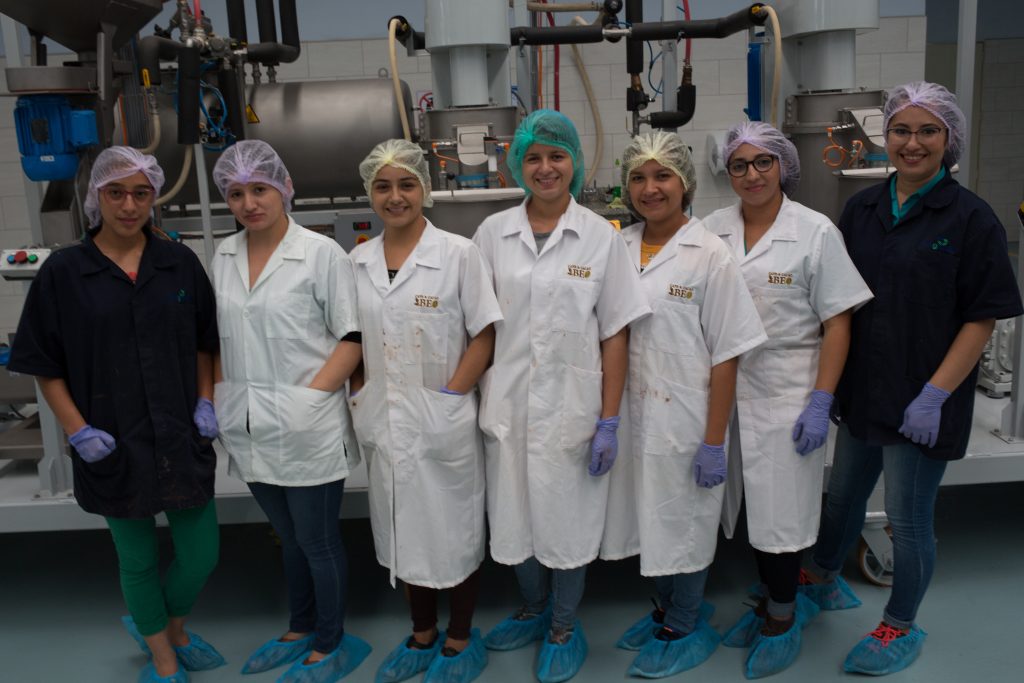 In the heart of Copán, Honduras – home of Mayan ruins and the birthplace of cocoa – the new Xol chocolate factory has just come into operation, run by around 20 young women. The factory was built with a $3 million investment by the Fairtrade certified coop COAGRICSAL that the women belong to. It comes on the tails of their own visionary planting programme of so far more than 1.2 million cocoa trees and another 300,000 canopy trees to shade the cocoa.

The project began as a response to the droughts and disease that climate change is bringing to coffee. Marlene Soriano, the cooperative’s administrator explains that the “coop members continue to suffer huge losses in coffee, from the coffee tree rust fungus, irregular rains, prolonged dry periods, all directly related to climate change. We realised that we needed to diversify to avoid depending only on coffee, and cocoa can grow in many of the places that coffee is most affected. Cocoa is more resistant to the changes in the climate, and the market prices are more stable. For our farmers, cocoa represents a more reliable future, and it’s better for the climate.”

So COAGRICSAL opened up a huge programme of nurseries to grow grafted, gourmet cocoa plants, funded in part by the Fairtrade Premium: the extra money farmers gets on top of their Fairtrade sales, to invest in projects of their choice. Now, five years after planting their first batch of trees, the harvests are beginning.

It is a striking response to climate change, but it is perhaps even more extraordinary – in the hyper-macho setting of Central America – that the Xol factory is managed and operated by young women. The Fairtrade system encourages cooperatives to put their faith in women, to give them decision-making power, and to give them positions of responsibility. Marlene Soriano says that COAGRICSAL has always taken this seriously, and that the results include increased productivity, stability, and better behaviour among the men – there is much less sexist talk and behaviour in the workplace when women are in charge, she says. All the women employees come from local families who have traditionally been working in coffee and involved in the cooperative.

Alejandra Lemus, 24, is in charge of production in the factory. She has a team of other young women operating machines, producing cocoa liquor and chocolate bars, in a huge spotless factory hall. Xol processes both organic and conventional cocoa. 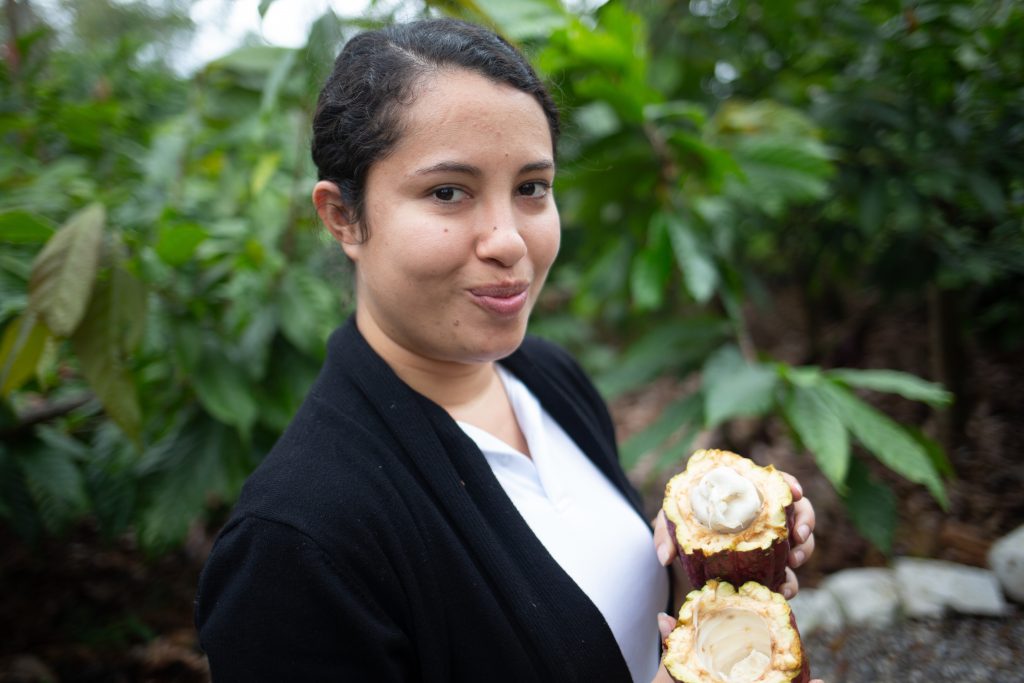 Alejandra Lemus works at the Xol chocolate factory in Honduras. Xol chocolate is a brand of the Fairtrade-certified COAGRICSAL coop.

“The coop exports a lot of cocoa as beans, in sacks and containers,” Alejandra explains, “but now we offer processing for any sort of cocoa liquor that clients request, and we are shipping all over the world already. We are also making bars of chocolate and specialty chocolates for export and the national market. We are marketing under the Xol brand here, but we’re also producing for other brands.” Alejandra and some of the other women have trained as chocolatiers and are confident they can meet the standards of any Belgian or Swiss brand.

The quality control begins in the tasting lab, run by Sandra Buezo who got training as a specialist cocoa processor and taster. “The cocoa comes from the farms unfermented, in its pulp, so that we can control the fermentation process here. Most of the cocoa we get is the Trinitarian hybrid variety, we grafted over a million trees here ourselves, it’s got a great taste profile, and the grafted trees have the growth advantage from strong stock. We also get some more traditional local cocoa, that also has an excellent taste profile. By fermenting it here we guarantee there are no defects and we get the best taste for the chocolate.”

“Giving women the chance to take key positions of responsibility, and taking serious action on the climate is not just good for us,” says Alejandra Lemus. “It’s good for our families and our communities, for everyone.”

Fairtrade supports women to participate equally in agriculture, earn better wages and succeed on their own terms. Read more about Fairtrade’s work on gender equality.