Hit enter to search or ESC to close
Latest NewsQuarter 2

Fairtrade Premium Support to ‘Trade for life Project’: Communities Supporting each other to combat Food Insecurity during COVID -19 in Thailand

Due to the ongoing trade restrictions, it is estimated that the number of people facing food insecurity worldwide could double to 265 million as per the projection of the UN in April. Though Govts. worldwide are making special efforts to keep agriculture activities ongoing to ensure there is no shortage of food essentials to feed the population, however, if the trade barrier continues, a severe global food crisis is inevitable.

The uncertainty in the sufficiency and supply of essentials in the coming months has been a worry especially for the population at the grass-root level who entirely depend on agriculture trade for their daily survival.

In Thailand, the ongoing nation-wide lockdown has affected the livelihood of indigenous people who live on the islands in the Andaman Sea. The fisherfolks’ are unable to go to the mainland to purchase food, nor able to market their catch, hence running out of food supplies especially regular dietary-staples such as rice. 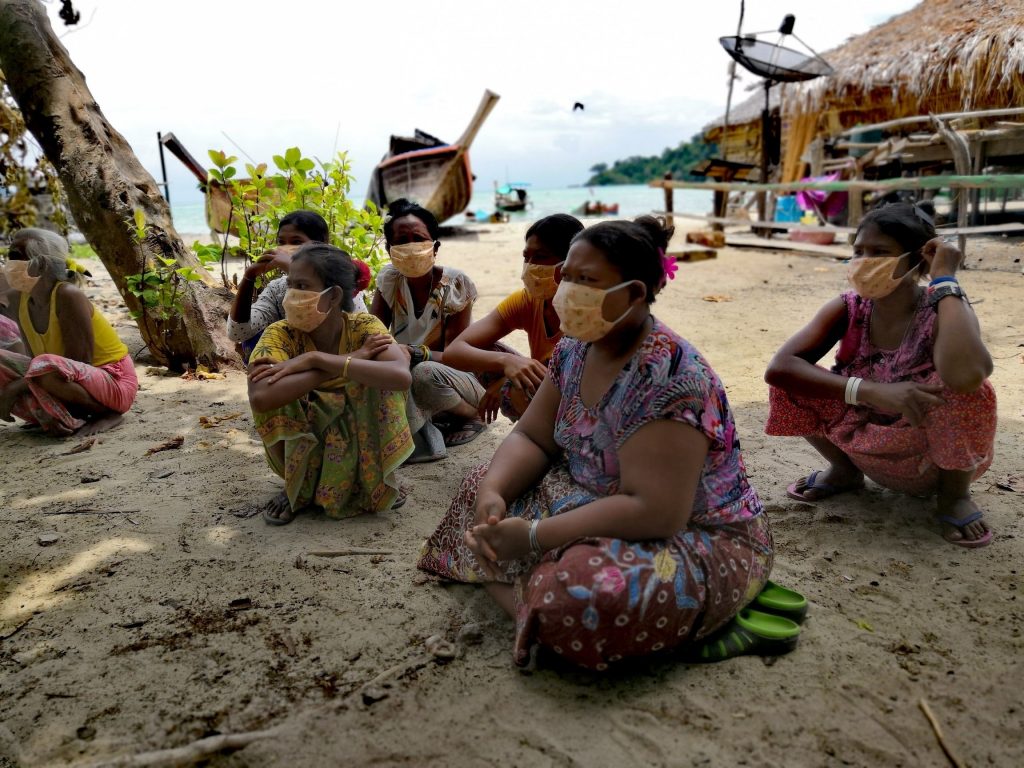 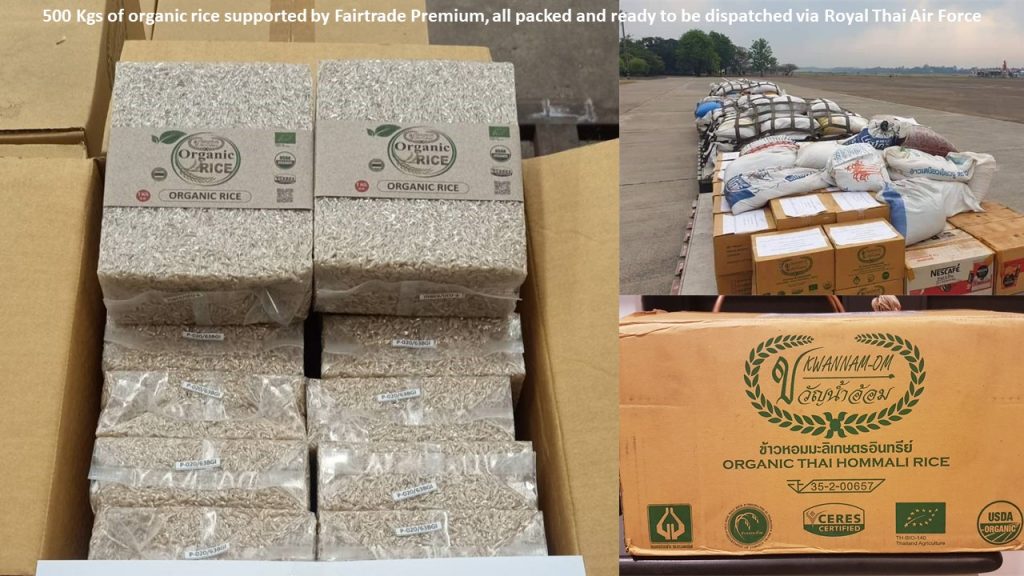 Pic: Members of NamOm are supported by the Thai Air force army in loading the vehicle with the packed supply of organic rice to be delivered to the fishing community.

On 19 April, the Thai Air force army collected rice donations at the municipality of Yasothorn province, in North-eastern Thailand. The SPO contributed 400 Kg of rice to support the Project. A total of 9 MT of rice received from Yasothorn farmers was flown to Phuket, south of Thailand by the Royal Thai Air Force for being distributed to the Urak Laovi Group of Rawai Fishing community. The rice was distributed among 1,300 indigenous fishing people. In return, the fishing communities gave 1.5 MT of dried fish caught from the sea to the Air force for flying it back to the rice farmers to thank them. 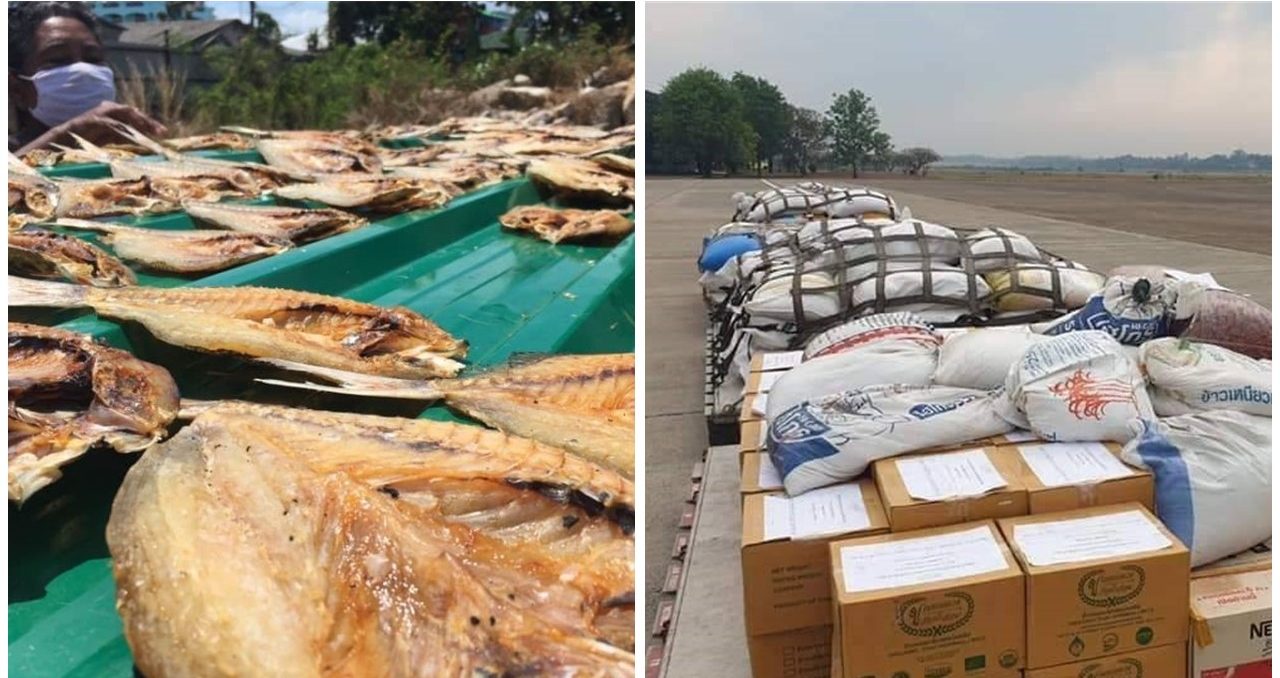 Pic: 9 MT of fish exchanged for 1.5 MT of rice between the rice farming and fishing communities

The project stands as an exemplary initiative of communities coming together to support each other during the difficult phase. When the global trade is down many communities world-wide are now looking at local resources to help achieve food sustainability and to support their members and families.