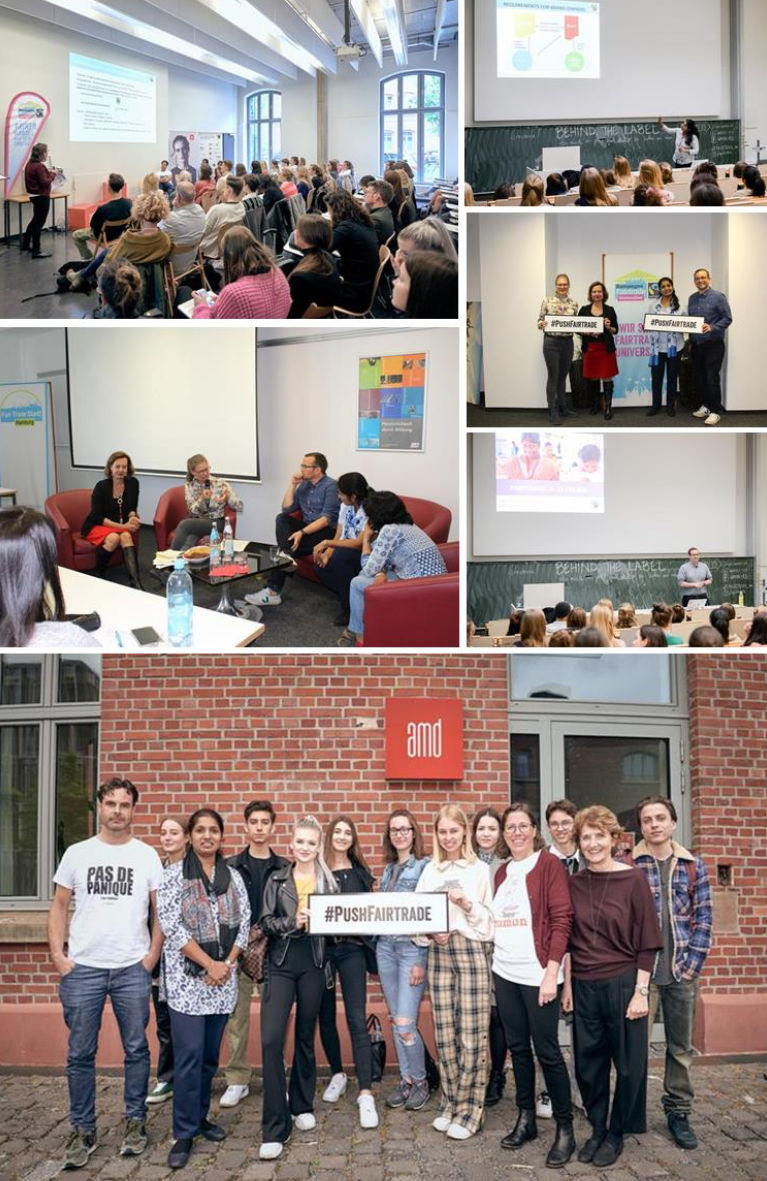 The Fashion Revolution week was celebrated in April 2019 in Germany. Fashion Revolution is a global movement that runs all year long. During this week, fashion is celebrated as a positive influence, the industry practices are scrutinized and awareness is raised on the fashion industry’s most pressing issues. The celebrations are carried out with an aim to show that change is possible and encourage those who are on a journey to create a more ethical and sustainable future for fashion.

This is the #whomademyclothes campaign, which falls on the anniversary of the Rana Plaza factory collapse in Bangladesh, which killed 1138 people and injured many more on 24th April 2013. That is the day Fashion Revolution was born. During this week, brands and producers are encouraged to respond with the hashtag #imadeyourclothes and to demonstrate transparency in their supply chain.

NAPP representatives represented NAPP during the round-trip events that were organised during the week at various universities across Germany in the cities of Hamburg, Berlin, Dusseldorf and Stuttgart. The work being done in India as part of the textile standards and programs were shared. The events included presentations, panel discussions and participation in the Fairtrade Fair. Positive feedback was received from the universities regarding an increase in the awareness about the Fairtrade standards and programs. There were 12 press releases (German only), around 600,000 views/impressions for the video interviews, around 600 single visits on the campaign site and 500 people visiting the round-trip even.