Fairtrade Participation at ‘World of Coffee 2019’ in Berlin, Germany 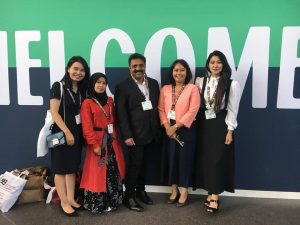 Producers from Asia and Pacific and Latin America

43 Coffee Producer Organizations from Asia and Pacific, Latin America and Africa participated at World of Coffee from 6th to 9th June 2019 at Berlin, Germany

The world of coffee is one of Europe’s largest and essential event for coffee professionals – drawing a loyal audience from the global specialty coffee community. Organized by the Specialty Coffee Association.  This year’s event was bigger than ever, featuring 300+ exhibitors across three Exhibitor Halls, two Roaster Villages, Best New Product, Design Lab, the World Coffee Championships and other activities

Fairtrade participation at WOC was largely supported by National Fairtrade Organization -Fairtrade Germany who created a spacious space for brand awareness and promotion of Fairtrade products. The theme revolved around Climate change, Living income for coffee farmers and showcasing of diverse coffee varieties and specification from Producers across Asia and Pacific, Latin America and Africa. The event saw an active participation from FT Germany, Fairtrade International, Flocert and Marketing team from 03 Producer Networks along with 43 Coffee Producer Organisations from Asia & Pacific, Africa and Latin America who jointly promoted Fairtrade services and products at the event. 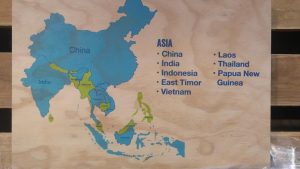 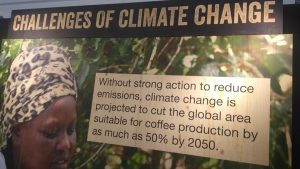 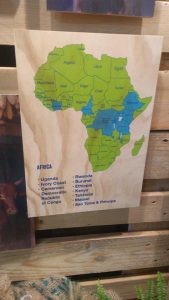 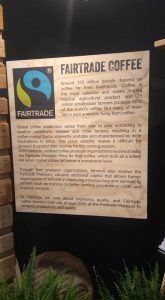 B2B Meetings : Trade Fair still remains a traditional and important mode of marketing for creating opportunities for trade linkages and future collaboration with various businesses across the globe. The Fairtrade producers got an opportunity to meet and network with all the 27 Fairtrade partners ( roasters, importers, brands) participating at the Fair. The potential prospects will be followed up in the coming months. 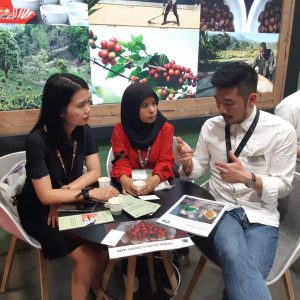 Alongside business meetings and live queries at the Booth there were many side events organised at the Booth. 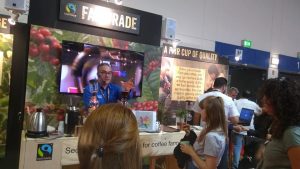 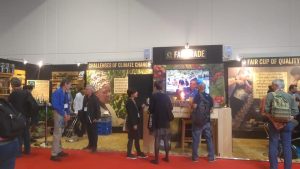 Coffee Cupping: There was an exclusive Fairtrade coffee cupping session organised at the Cupping Hall . Around 12 samples of  Specialty Arabica and Robusta of all Producer Networks were put for coffee testing and evaluation to the public. 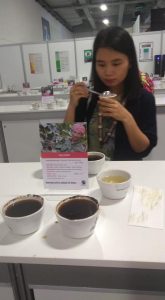 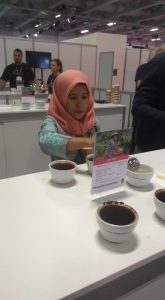 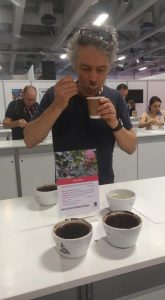 CAN Meeting : CAN Meeting was organised for two days between all Producer Networks to discuss on the Fairtrade Coffee Strategy and effective competence participation at Trade shows with more visibility for Coffee Producers. 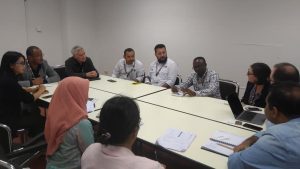 Coffee Manager between CEO of World Coffee Research, Chair- NAPP, COO- CLAC and team along with coffee Producers. Discussions were held on the prospects of how WCR and Fairtrade can work together in the  global coffee breeding program launched by WCR for rust resistance and climate resilience coffee variety, and how it can protect millions of farmers across the globe against losing their production and yield due to climate change and other crop diseases.

Living Income Campaign: Black ribbons were worn by and distributed to the crowd  to advocate for sustainable coffee and sustainable livelihoods, to appeal to the coffee industry to pay for cost of production plus a reasonable margin for the producers ,and as a symbol of mourning for millions of farmers affected by the decrease in coffee price. 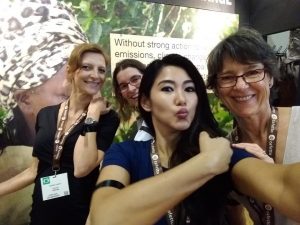 The overall Fair was a  success owing to a great team work and active support and collaboration between all the internal and external Fairtrade networks.