Dama Farm Workers Agrarian Reform Association (DAFWARBA) a Fairtrade sugar small-scale organization in the Philippines shares a vision of a world in which justice and sustainable development are at the heart of trade structures and practices, both at home and abroad so that everyone through their work can maintain a decent and dignified livelihood.  With its commitment to the Fairtrade principle of protecting the most vulnerable members of its community, the organization carried out a ‘World Day against Child Labour Awareness Campaign’ on the 12th of June along with training for its members on Psychological and Verbal Abuse.
In the midst of the surging second wave of Covid-19, schools that had finally reopened had to shut down again. Therefore, the purpose of the campaign was to keep the children’s minds engaged and to make them aware of the issues related to child labor and abuses.

The campaign was run with the main objective to:-

There were several activities carried out by the organization to spread awareness.

A caravan campaign was organized in the community to inform the public about the government’s programs, policies, accomplishments, and efforts to bring about real change in the lives of the Filipino people.  The campaign showcased real-life stories of beneficiaries covering the administration’s landmark policies and programs with the ultimate goal of bringing justice and services right to the doorstep of every Filipino, rich and poor alike.

Child Labour awareness placards were created and posted on Social-Media targeting the  DAFWARBA Farm Workers, Members, and Youth.  Flyers were distributed to in the Sitio Dama and Barangay Cabacungan communities. The Participant’s pictures with the placards were placed in the community and along the National, Road to further spread awareness of Child Labour and Gender-Based Violence.

According to the 2011 Survey on Children of the Philippine Statistics Authority, there are 2.1 million child laborers aged 5 to 17 years old. 95 percent of them are in hazardous work.

DAFWARBA together with its members and their family works hand in hand in to raise awareness about child labor and child rights, and reduce its practices in farming through public campaigns and building partnerships.

When films are used as a teaching aid they can be very effective to help the students easily understand and recall all the events that they are being taught, making it far easier for them to remember than when learning theoretically.

DAFWARBA showcased a GMA film where the participants were made aware of the impact on the children who worked on the farm just to help their families, indirectly forcing them to give up on their education.

This provided a reflection to the participants on why their children should not work on the farm but get access to education and a decent livelihood.

The training was conducted to build awareness and enhance the knowledge of the DAFWARBA’s farm workers, parent members, and staff regarding psychological and verbal abuse.

The training was led by Bahiyyih Ruth Robinson,-a  Registered Social Worker who covered discussions around  Psychological and verbal abuse, identifying the types of abuses, related laws, and responding to abuses.

The participants were made aware of different behaviors that may result in psychological trauma, including anxiety, chronic depression, or post-traumatic stress disorder. The objective was to deepen the participants’ understanding of the difference between Psychological and Verbal Abuse and to make them realize that Verbal abuse especially bullying is not a normal joke as it can cause emotional trauma.

DAFWARBA knew that without using an effective Public relations tool it would be difficult to draw the attention of the general public, therefore, the activities were carried out through various PR tools which made the campaign successful. The campaign was especially targeted to reach through families who send their children for work and to make them understand the importance of education for the children’s overall growth and development.

NAPP signs Mou with “Andijan scientific and experimental station of the Research institute of selection, seed production and agricultural technology of cotton growing” 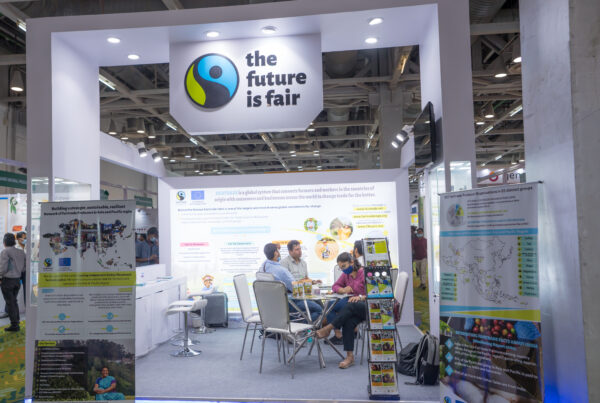 Building Market for Fairtrade and Organic Products @ Biofach India co-funded by the European Union: A South to South Market Intervention